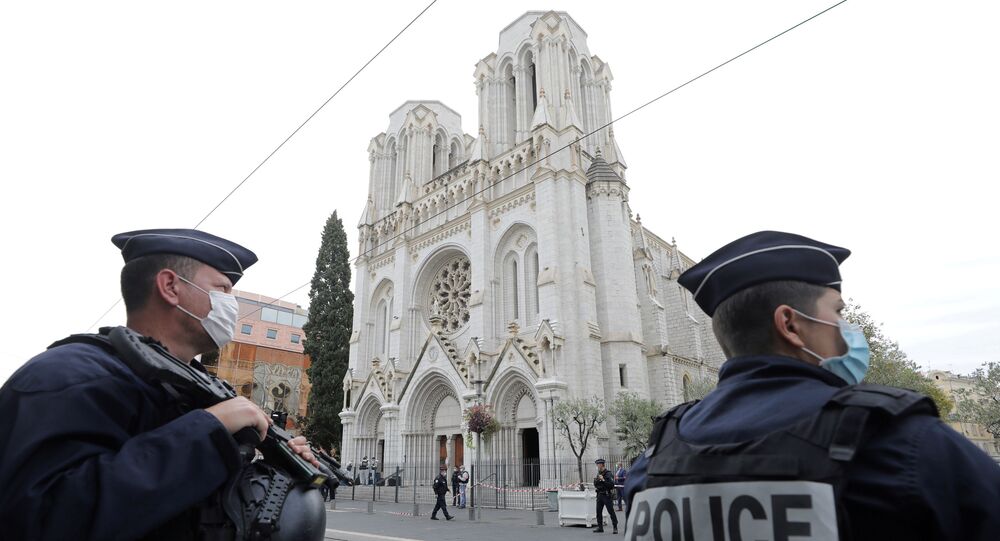 China Hopes Unrest in France Can be Resolved Via Dialogue and Consultations, Spokesman Says

MOSCOW (Sputnik) - Beijing has expressed hope that the worrying situation in France will be settled through dialogue to ensure mutual respect between the "relevant parties", Chinese Foreign Ministry spokesman Wang Wenbin said during a briefing on Friday.

"China has always supported the strengthening of dialogue between different civilisations and religions, insisted on mutual respect and equal treatment of each other. We hope that the relevant parties will be able to reach a settlement through dialogue and consultations", Wenbin said.

His comments came on the heels of a deadly knife attack which occurred on Thursday morning in the Notre-Dame cathedral in the southern French city of Nice. A 21-year-old Tunisian man killed three people while shouting "Allahu Akbar", according to the Nice mayor. He reportedly carried on shouting radical slogans even as he was being disarmed by law enforcement.

French President Emmanuel Macron called the incident an "Islamist terror act" when he arrived at the crime scene. The anti-terrorism department of the prosecutor's office has since opened a probe into the attack, while the attacker was hospitalised.

© REUTERS / ERIC GAILLARD
Aftermath of Knife Attack in Nice Where Three People Died - Video
The assault was followed by two acts of violence on the same day, namely, a stabbing attempt in the French city of Avignon and another one near the French Consulate in Saudi Arabia. The incidents came amid nationwide dismay over an Islamist threat after the brutal killing of French history teacher Samuel Paty at the hands of a radicalised teen on 16 October.

Macron pledged to step up efforts in the fight against extremism and expressed support for manifestations of freedom of speech, including in the form of religious caricatures, believed to be the reason behind Paty's killing.