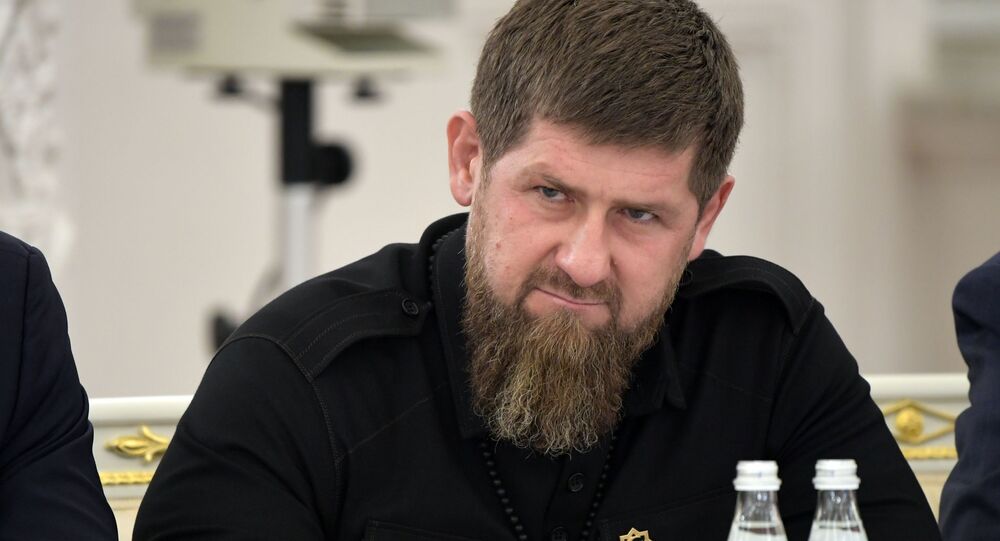 MOSCOW (Sputnik) - Ramzan Kadyrov, the leader of Russia's Chechen Republic, has joined the international Islamic community in condemnations of French President Emmanuel Macron's support for the use of caricatures depicting Islamic prophet Mohammad, saying he ignites dismay among Muslims around the world instead of making efforts to curb radicalism.

"Macron must know that caricatures of the prophet are perceived by believers painfully. And by his actions, on the contrary, he inflates the fire, and does not extinguish it, as any adequate leader should do," Kadyrov wrote on his Telegram channel.

He also warned that Macron's actions could lead to tragic consequences, as he supports actions provoking Muslims, which can result in crimes like the case with Paty, who was beheaded by a teenager of Chechen origin after showing the cartoons of Mohammad to his students.

Macron has announced the so-called "enlightened Islam" initiative — new legislation that will outline the priority for republican values and establish control over funding that French mosques receive from abroad.

"As long as [Macron] and the leaders of other European countries do not respect such concepts like 'RELIGION', 'CULTURE', 'MORALITY', there will be no decent future and order in their States," Kadyrov added, referring to the initiative suggested by Macron.

© CC BY-SA 2.0 / Adam Jones / Iranian Flag over Archaeological Site - Bishapur - Southwestern Iran
Iran’s Foreign Minister Zarif Slams Macron for ‘Fuelling ‘Cult of Hatred’ by 'Insulting Muslims'
Earlier in October, following the killing of Paty, Kadyrov had condemned the attack and urged the French authorities not to seek a "Chechen trace" in it, stressing that the 18-year-old attacker, who had lived in France legally since 2008, was likely radicalized there.

Macron has been in the midst of criticism after his speech at a commemoration ceremony for brutally murdered French history teacher Samuel Paty last week, in which he stressed that France would continue to defend freedom of expression.