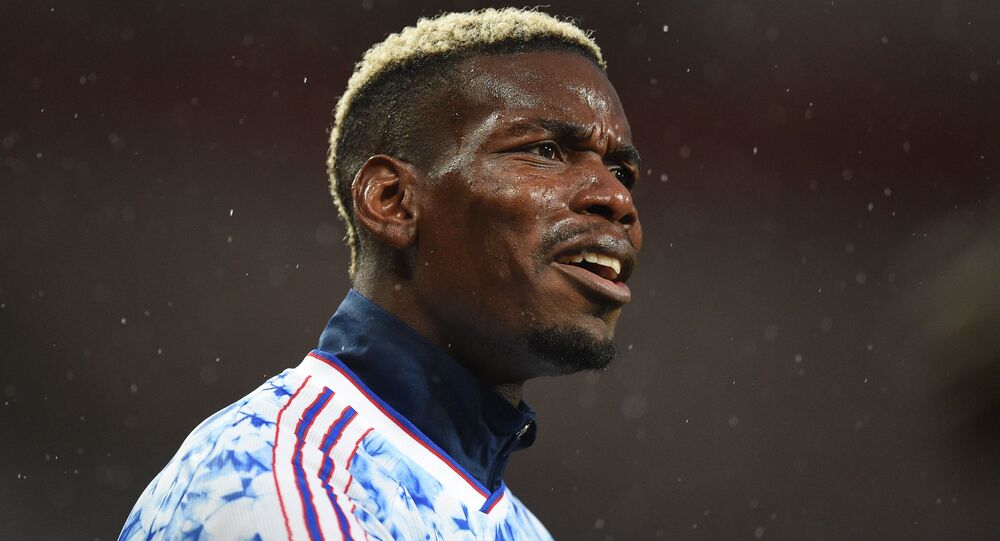 On 21 October, Macron delivered a speech during a commemoration ceremony for French history teacher Samuel Paty, who was brutally murdered by a radicalized teen.

The Manchester United star Paul Pogba is not leaving international football amid statements by French president Emmanuel Macron alleging that Islam was the source of international terrorism, according to the Sun.

In his speech Macron urged to "free Islam in France from the foreign influence and strengthen control on the mosques' funding," and stressed that France would continue to defend freedom of expression and step up battle against radical Islam.

Meanwhile, as he faced widespread condemnation for his speech, Macron said that France would continue to stand by universal values of liberty, equality and fraternity and defend freedom of speech, and "respect all differences in a spirit of peace".

French history teacher Samuel Paty was decapitated on October 16 in one of communes near Paris. The attacker, a radicalised teenager of Chechen origin, was eliminated by security troops the same night. The killing came after Paty showed cartoons on Mohammad to his students during lessons on freedom of speech.

The French government declared the incident a terrorist attack and pledged to reinforce the counter-extremist measures in the country.