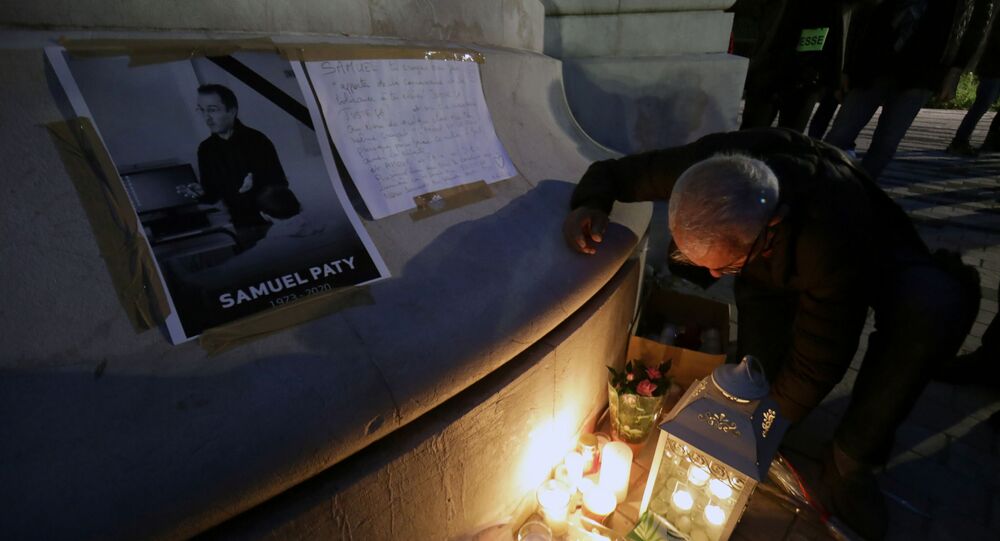 "The Islamic Emirate [Taliban] condemns the comments of the French President and considers it a stand against nations. It would be better if he carefully studied Islam instead of making ignorant Islamophobic remarks, to stop making irresponsible comments based on deficient information of hostile actors and to stop assuming a stand that threatens international peace and inflames enmity and animosity among nations", the Taliban said.

On 21 October, Macron delivered a speech during a commemoration ceremony for French history teacher Samuel Paty, who was brutally murdered by a radicalised teen.

The president urged to "free Islam in France from the foreign influence and strengthen control on the mosques' funding", and stressed that France would continue to defend freedom of expression and step up battle against radical Islam.

Paty was beheaded by an 18-year-old teenager of Chechen origin in Paris outskirts after showing cartoons of prophet Muhammad to his students as part of freedom of expression lessons. The killing prompted national dismay, with French mass media republishing the cartoons in commemoration to the deceased teacher as the victim of radical Islamism, and many of the media outlets subsequently getting death threats over the matter.