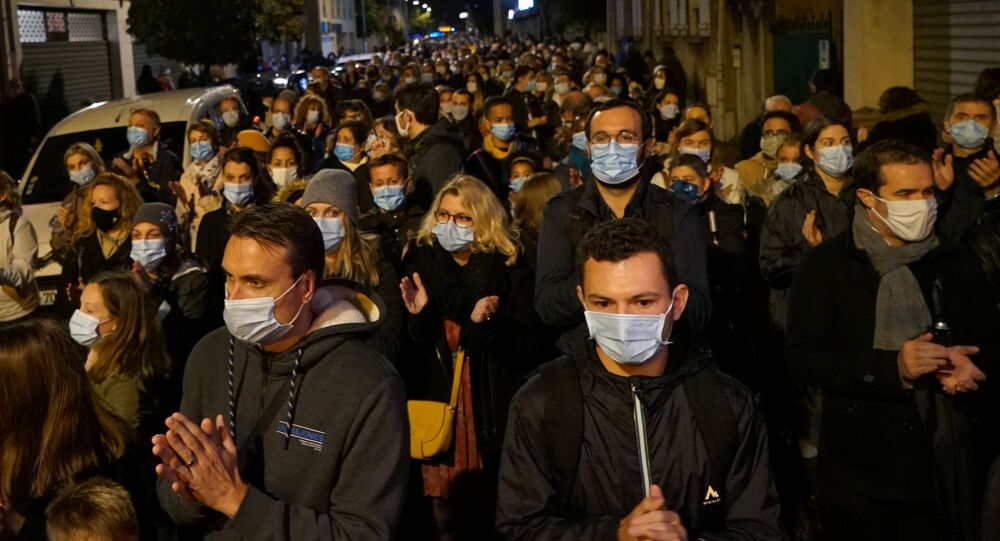 PARIS (Sputnik) - Calls for a boycott of French products in some Muslim countries are groundless and must be stopped, the French Foreign Ministry said on Sunday after President Emmanuel Macron's remarks about Islam following a teacher's beheading has drawn ire in the Muslim world.

"In several countries in the Middle East in recent days, there have been calls for a boycott of French products, especially those agricultural, as well as more general calls for demonstrations against France, sometimes made in hateful expressions, which were broadcast on social networks," the ministry’s spokesperson said in a statement.

"The calls for a boycott are groundless and must be stopped immediately, like all attacks against our country committed by a radical minority," the diplomat added.

The calls came after the Islamist terrorism issue gained fresh momentum in France, with President Emmanuel Macron condemning the recent gruesome murder of history teacher Samuel Paty in a Paris suburb by an 18-year-old man of Chechen descent after Paty demonstrated a few satirical cartoons of the Muslim Prophet Mohammad to his students during a lesson on freedom of speech and freedom of conscience.

The suspect was born in Moscow, but years later moved to France and was granted a refugee status there. He was shot dead by police officers that same day, with an investigation into the brutal murder now in full swing.

President Macron immediately weighed in dubbing the vicious incident a "terrorist attack", tasking his government to undertake steps to root out the Islamist threat, and tighten security in schools among other measures. France will never renounce caricatures and will further defend freedom promoted by the murdered teacher, President Emmanuel Macron said during a Wednesday commemoration ceremony for the victim.