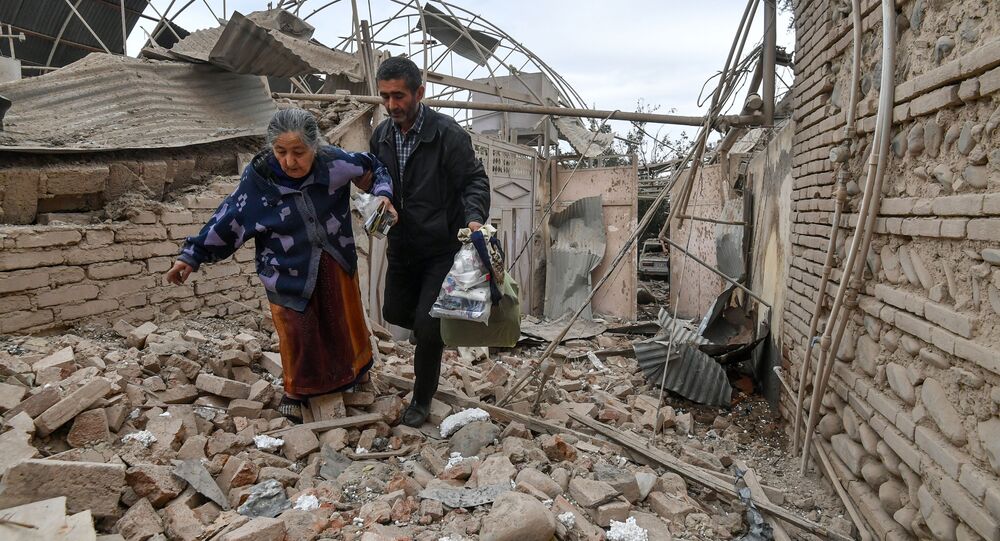 TEL AVIV (Sputnik) - Israel has sent humanitarian aid to Azerbaijan and offered to do the same for Armenia, but no response from Yerevan has been received so far, Yedioth Ahronot reported on Sunday.

According to the Yedioth Ahronot newspaper, following Baku's request for humanitarian and medical assistance, Tel Aviv sent medical equipment, as well as basic necessities such as first aid kits, clothes, blankets and heaters for homeless people, to Azerbaijan last week.

Earlier in October, Israel also offered assistance to Armenia, but Yerevan has failed to respond so far, the publication said.

The Israeli Foreign Ministry has not commented on this information yet.

In early October, Armenian Foreign Ministry spokeswoman Anna Naghdalyan said that Yerevan was recalling its ambassador to Israel for consultations over the supply of arms by this country to Azerbaijan.

The fighting on the line of contact in the self-proclaimed republic of Nagorno-Karabakh intensified on 27 September. The sides have accused each other of starting the firing. The international community strongly condemned the escalation and called on parties to settle the differences via dialogue, while Turkey has pledged its full support for Azerbaijan.

Yerevan and Baku have signed two ceasefire agreements, but both of them collapsed soon after entering into force.