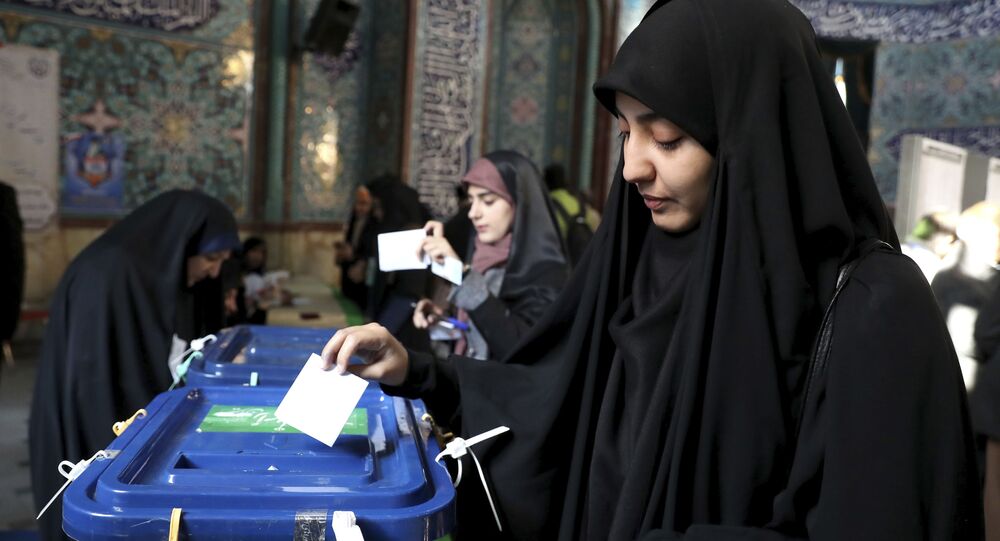 After February’s parliamentary election in Iran attracted the lowest turnout for any national election in the Islamic Republic's 41 years - 42.57 per cent – some political analysts have wondered whether they could drum up more enthusiasm in next year’s presidential election if several prominent female politicians were to register.

In a step hailed by women's rights advocates as possibly ushering in a new class of hardline women leaders, Iran’s all-male Guardian Council has reportedly reversed its four-decade tradition of barring women from the presidency.

At a press conference on 10 October, Abbas-Ali Kadkhodaei, spokesman for the ultra-conservative body headed by the Supreme Leader, Ayatollah Ali Khamenei, told reporters there was no prohibition against women running for the presidency in next year’s elections, reported Asia Times.

There is no explicit legal hurdle to women seeking the presidency in the country, although the constitutional watchdog that oversees Iran’s electoral process screens the eligibility of all candidates hoping to run for election.

© AP Photo
In this photo released by the official website of the office of the Iranian supreme leader, Supreme Leader Ayatollah Ali Khamenei speaks in a meeting in Tehran, Iran, Feb. 5, 2020.

In line with Article 115 of the Islamic Republic Constitution, a candidate for the post of president should be selected from the country’s political and religious rijal. The individual must be a national of Iran, pledging allegiance to the principles of the Islamic Republic, possessing a “favorable public reputation” and subscribing to the country’s official religion, Shia Islam.

However, it is the word “rijal” that presents a stumbling block for women who want to run for president.

Originally, this Arabic word meant “men”, but it can also be interpreted as "mankind" or “human being, figure, character.”

For decades, the Guardian Council lawyers have taken the word at face value, as a result denying women the right to run for president, the Asia Times says.

Those who have criticised the council for this, say that in the context in which it is used in the constitution, rijal did not denote specifically male political and religious figures.

There has been an impasse since no effort has been made to alter the interpretation of the constitution. The Guardian Council continued to adhere to its position that prevented women from achieving the country’s highest elected office.

This does not mean that Iranian women are not represented at other levels of public administration, such as the vice-presidency, cabinet ministers, ambassadors, MPs and provincial directors, the paper adds.

The current announcement has been hailed by some as a possible reversal in the Guardian Council’s hardline policies since 1979. However, an opinion was also voiced that the move might be more of a political ploy before the presidential elections in 2021.

An increasing number of Iranians are said to be disillusioned with the political elites over how they handled the coronavirus pandemic and the economic crisis generated by crippling US sanctions.

The paper cites the record-low turnout for the February legislative elections, when the nationwide turnout was announced to be 43 per cent, and turnout to the ballot boxes in Tehran stood at 22 per cent of eligible voters.
The prospect of a woman being elected as the nation’s president is seen by some as likely to inspire a greater turnout at the polls next year.

Nevertheless, a lecturer in Islamic civilisations at Dublin’s Trinity College and expert on women studies hailed the announcement as a “welcome acknowledgment of gender equality.”

“The Guardian Council’s announcement on women and presidential candidacy is as much political strategy as it is a substantial corrective to past injustice. Of course, women should be eligible to run in presidential elections in Iran and should have equal access to leadership positions on a par with their male peers,” Professor Roja Fazaeli was cited as saying.

Over the years, several high-profile women in Iran attempted to clear the hurdle towards the presidency.
A recent example was the late Azam Taleghani, an ex-MP and daughter of prominent theologian and reformist cleric Ayatollah Mahmoud Taleghani.

​She registered for the presidency in five consecutive presidential elections from 1997 to 2017.
The Guardian Council disqualified her on each occasion and she died in 2019.

Azam Taleghani, a prominent voice for women rights inside Iran & the daughter of Ayatollah Taleghani,1 of the most prominent revolutionary clerics, passed away. She registered for presidential elections several times to challenge restrictions on women running for the presidency. pic.twitter.com/xNKxMlT5UO

​The new announcement might pave the way for a new clutch of hardline women leaders in Iran.