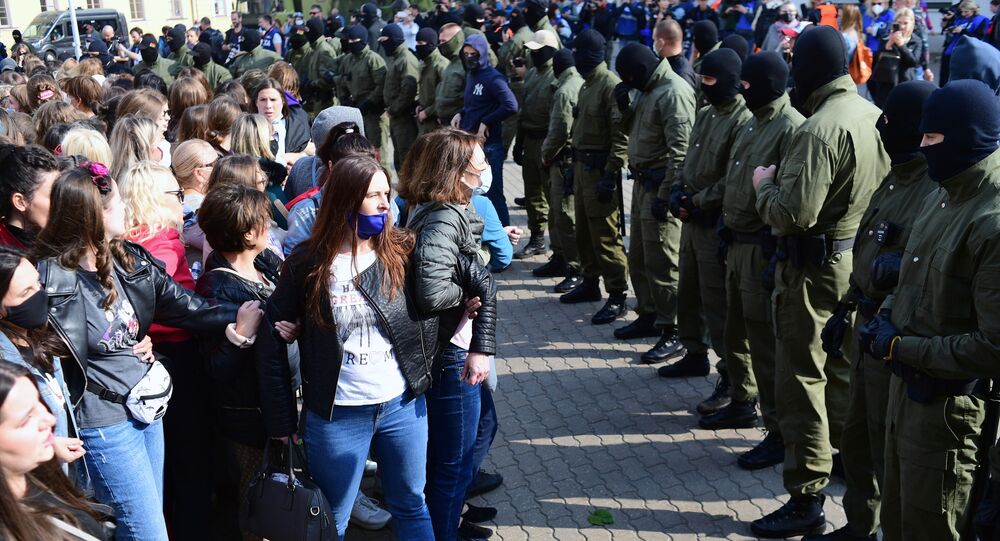 MINSK (Sputnik) - A Sputnik correspondent in the Belarusian capital of Minsk has been detained along with at least 10 other students at a demonstration on Saturday.

"I'm detained", the correspondent wrote, shortly after reporting that police had detained 10 protesters at a students’ march through the capital.

He was later released after police officers finished checking his documents.

The opposition march of more than 100 people began at around 12:50 local time (09:50 GMT) near a Minsk university, but was soon dispersed by police in riot gear. At least 10 students had been taken away at the time of the correspondent's detention.

© REUTERS / TUT.BY
People attend an opposition rally to reject the presidential election results and to protest against the inauguration of Belarusian President Alexander Lukashenko in Minsk, Belarus September 27, 2020.

Mass protests have been shaking Belarus following the 9 August presidential election, in which President Alexander Lukashenko secured a sixth term. However, the opposition has insisted that his key contender, Svetlana Tikhanovskaya, won the election, urging people to take to the streets and protest what they called "vote fraud".

Hundreds of people were injured during the riots, including over 130 law enforcement officers.