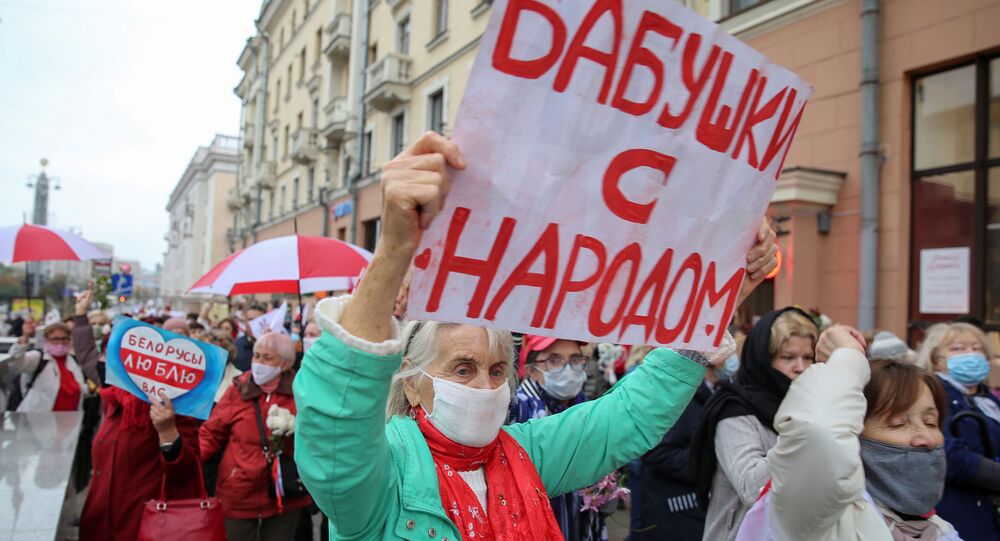 MINSK (Sputnik) - The Belarusian law enforcement officers used tear gas and stun grenades against pensioners at a recent protest in Minsk, Roman Lashkevich, a spokesman for the Municipal Department of Internal Affairs of the Minsk City Executive Committee, told Sputnik on Tuesday.

The rally, which was mostly attended by people in their retirement age, began in the Belarusian capital on Monday afternoon. Initially, the protesters gathered at the Independence Square near the House of Government, from where they marched along Independence Avenue.

"There were stun grenades and tear gas used when citizens began to show aggression against law enforcement officers", Lashkevich said.

The number of those detained at an unauthorised mass event is being identified, the spokesman added.

Earlier, the country's Interior Ministry said that the protests in Belarus have redicalised and the law enforcement will use special equipment and live rounds if necessary.

In the last two days in #Minsk protest got a bit more intensive after increase in police violence on the streets of #Belarus. Tonight in several places around the city people blocked the streets with burning tires. ✊ pic.twitter.com/T6xXKwZBDw

Mass opposition protests have persisted in Belarus following the disputed 9 August presidential election, in which longtime President Alexander Lukashenko claimed a sixth term. Hundreds of people were injured during the riots, including over 130 law enforcement officers. Three protesters died.