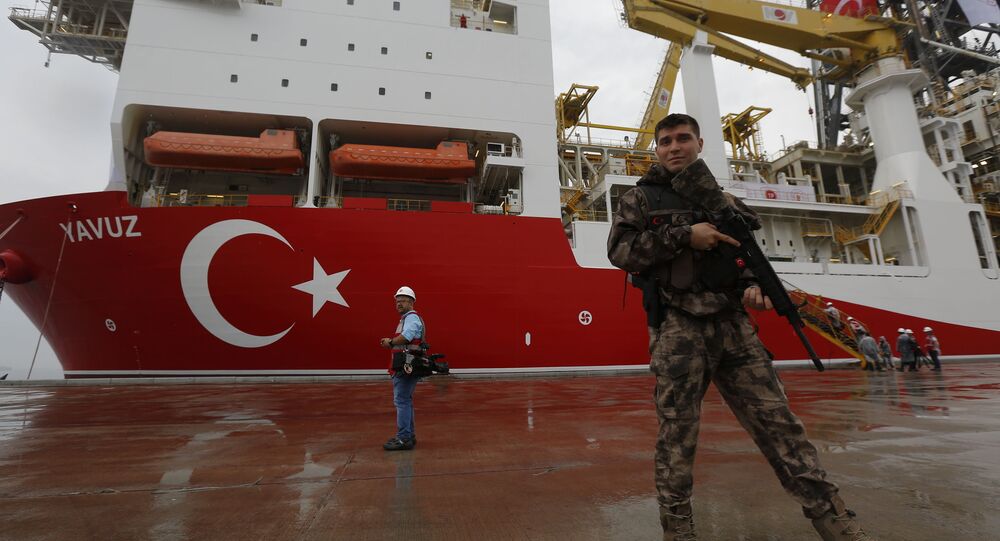 Late last week, the Greek foreign minister condemned Turkey's decision to restart operations of its gas exploration ship in the Eastern Mediterranean as a "direct threat to regional peace and security”.

France and Germany have warned Turkey against continuing to provoke the EU with its actions in the Eastern Mediterranean, as they gave Ankara a week to clarify its position on exploring natural gas in the area.

French Foreign Minister Jean-Yves Le Drian told a news conference on Thursday that “it’s clear to us that Turkey is permanently carrying out provocative acts, which are unacceptable”.

He was echoed by his German counterpart Heiko Maas, who slammed Turkey’s recent decision to send its research vessel back to the Mediterranean as “inadmissible”.

“It’s been twice that expected discussions have not taken place and we don’t know when they will happen. We must wait to see if there is progress in a week and then we’ll see what attitude needs to be adopted by the EU”, Maas said when asked about the possibility of the bloc slapping economic sanctions on Ankara.

The warning followed the Greek Foreign Ministry slamming Ankara’s move last week to restart its gas exploration activities in the Mediterranean as a “major escalation”, which the ministry said endangers regional security.

The statement came on the heels of Turkey’s announcement that it would send its research ship Oruc Reis back to a disputed Mediterranean area after the vessel returned to the country's shores in mid-September following a political standoff between Ankara and Athens.

Bilateral tensions escalated in August, when the Greek Foreign Ministry urged Turkey to immediately stop its "illegal" drilling activities in the Eastern Mediterranean, warning that Athens will defend itself if necessary.

The warning followed the Turkish research ship Oruc Reis starting to conduct its seismic survey work in a disputed zone of the Mediterranean Sea south of Antalya and west of Cyprus.

© AP Photo / Lefteris Pitarakis
Turkey's Foreign Minister Accuses Greece of Lying About Botched Eastern Mediterranean Talks
This was preceded by Turkish Foreign Ministry spokesman Hami Aksoy claiming that Greece's actions, specifically its "pirate agreement with Egypt" on the creation of an exclusive economic zone (EEZ), violated Ankara's own continental shelf rights and “demonstrated that it was not sincere and honest about dialogue”.

The spokesman was referring to a deal that Turkey and Libya clinched in 2019 to appropriate the lion's share of the Mediterranean waters that Greece considers part of its own EEZ.

Egypt, in turn, joined Greece in condemning the 2019 Turkish-Libyan maritime delimitation agreement as "illegal”, with the EU also taking Athens’ side in the dispute and threatening to sanction Ankara over its drilling off Cyprus.