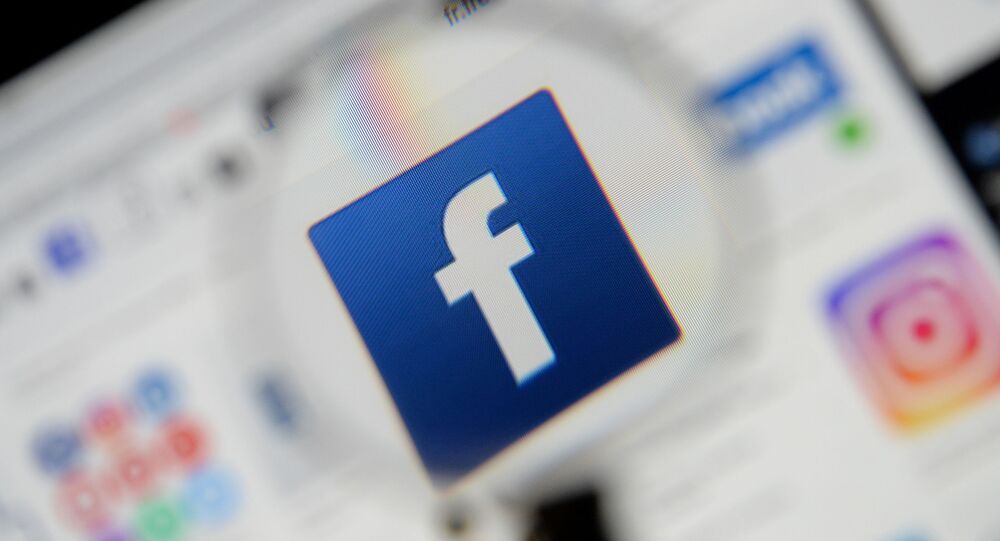 Last year, Facebook CEO Mark Zuckerberg was warned that the platform’s new privacy proposals could allow child abusers to evade detection, after the chief executive promised that his company would be implementing end-to-end encryption across all of its messaging services.

Facebook services helped law enforcement identify around 94 percent of the 69 million images of children being subjected to sex abuse reported by US technology companies in 2019. However the privacy laws it is considering are about to jeopardise these efforts, writes Sky News.

Seven countries, including the UK, have published a statement warning of the potential dangers to public safety that could stem from the implementation of proposed end-to-end encryption.

Signed by UK Home Secretary Priti Patel, along with the US, Australia, New Zealand, Canada, India and Japan, it urges tech companies to remain vigilant to “criminality on their platforms”.

"We owe it to all of our citizens, especially our children, to ensure their safety by continuing to unmask sexual predators and terrorists operating online," Patel is cited as saying.

The statement calls for law enforcement to be granted access to content, and for “engagement with governments”.

"Encryption is an existential anchor of trust in the digital world and we do not support counter-productive and dangerous approaches that would materially weaken or limit security systems… However, particular implementations of encryption technology pose significant challenges to public safety, including to highly vulnerable members of our societies like sexually exploited children," says the statement.

In a 50 percent spike from the previous year, US tech firms are reported as having made some 16.9 million referrals to the National Centre for Missing and Exploited Children (NCMEC) in 2019 – with at least 94 percent of the reports originating from Facebook, according to Home Office officials.

However, fears have been voiced by the national Crime Agency (NCA) that this number could plummet to zero if Facebook goes ahead with its plans to install end-to-end encryption, touted as a means of protecting users’ privacy.

"The lights go out, the door gets slammed, and we lose all of that insight. It is as simple as that. And nothing, you know we're relying on the best technical expertise... in the UK, the same people that keep the UK safe against terrorists, hostile states, cyber attacks, are telling us there is no viable alternative. I believe them. And I am deeply concerned," Robert Jones, the NCA director who leads the agency’s response to online child sexual exploitation and abuse was cited as saying.

According to data cited by the NCA, at least 300,000 people in the UK might pose a credible sexual threat to children, with the National Centre for Missing and Exploited Children (NCMEC) receiving some 86,832 UK-related reports last year.
Of these, 52 percent were from Facebook and 11 percent from Instagram.

More than 4,500 sex offenders were apprehended due to these reports, with around 6,000 children safeguarded in the UK in the year to June 2020, says the agency.

"The end-to-end encryption model that's being proposed takes out of the game one of the most successful ways for us to identify leads,” says Jones, adding that new privacy protection laws will hamper the work of digital forensics and profiling of individuals as part of the investigations.

“What we risk losing with these changes is the content, which gives us the intelligence leads to pursue those offenders and rescue those children," concluded Jones.

Despite claims to the contrary, Home Office officials say Facebook is yet to offer credible plans to protect child safety.

The social media conglomerate announced in March 2019 that it was planning to integrate Facebook’s other messaging apps, Facebook Messenger and Instagram, with WhatsApp and incorporate end-to-end encryption across the entire service, shielding the content of its users’ messages from the company itself. The “pivot towards privacy”, to ensure that no one apart from the sender and recipient could read or modify messages, came in the wake of global criticism for failure to protect the data of its users.

The announcement by Facebook immediately sparked concerns, with an open letter, dated 4 October and jointly signed by the UK home secretary, Priti Patel, the US attorney general, William Barr, the US acting secretary of homeland security, Kevin McAleenan, and the Australian minister for home affairs, Peter Dutton calling on the social media giant not to “proceed with its plan to implement end-to-end encryption across its messaging services without ensuring that there is no reduction to user safety and without including a means for lawful access to the content of communications to protect our citizens”.

Speaking last year, Zuckerberg said he had been aware of child abuse risks before announcing his encryption plan.

"When we were deciding whether to go to end-to-end encryption across the different apps, this was one of the things that just weighed the most heavily on me," he said.

Nevertheless, he insisted that Facebook would be able to identify sex predators even in encrypted systems using tools such as patterns of activity and links between accounts on different platforms.

In response to voiced concerns, a Facebook spokesman said:

"We've long argued that end-to-end encryption is necessary to protect people's most private information…Facebook has led the industry in developing new ways to prevent, detect, and respond to abuse while maintaining high security, and we will continue to do so."