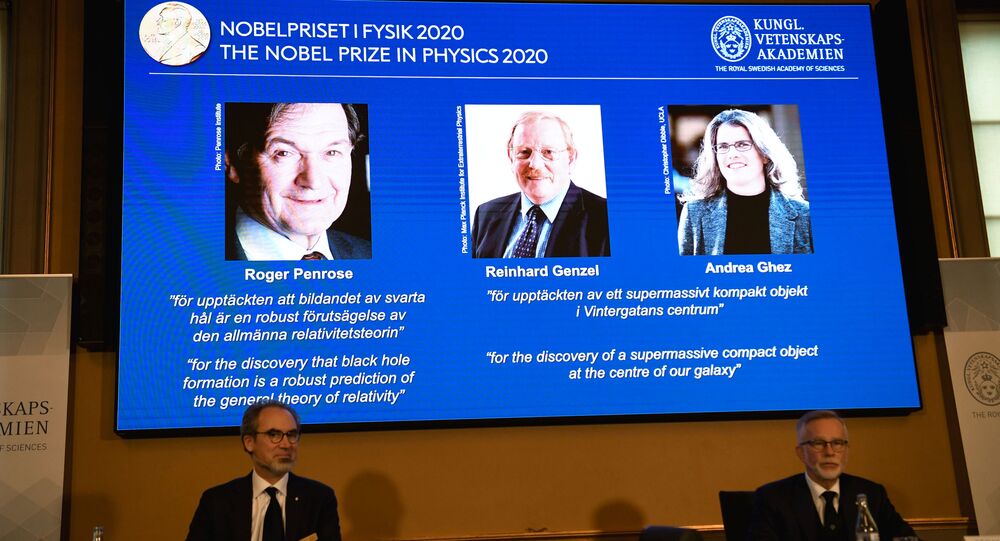 The annual Nobel week started in Stockholm on 5 October and the 2020 laureates of the world’s most prestigious prize will be announced until 12 October.

Roger Penrose, 89, was awarded one half of the prize "for the discovery that black hole formation is a robust prediction of the general theory of relativity", according to the statement.

Roger Penrose – awarded this year’s #NobelPrize in Physics – was born in 1931 in Colchester, UK.

​Reinhard Genzel, 68, and Andrea Ghez, 55, were awarded the other half of the prize "for the discovery of a supermassive compact object at the centre of our galaxy".

He is Director at the Max Planck Institute for Extraterrestrial Physics, Garching, Germany and a professor @UCBerkeley, USA.https://t.co/g01LKV3pXPhttps://t.co/ELValpTiHB pic.twitter.com/gV3PlaOvJg

She is a professor at @UCLA, Los Angeles, USA. https://t.co/I3XbnIwzYB pic.twitter.com/9dg1t2vAyL

The award ceremony will be held on 10 December in an online format.

Last year, the prize for physics was awarded to US-Canadian cosmologist James Peebles "for theoretical discoveries in physical cosmology" along with Swiss astrophysicist Michel Mayor and Swiss astronomer Didier Queloz "for the discovery of an exoplanet orbiting a solar-type star".

The Nobel Prize committee has been awarding achievements in various fields since 1901, in accordance with the will of Swedish chemist, engineer, inventor, businessman, and philanthropist Alfred Nobel. His drive to support the sciences and advancement of humanity began after he found out that his seminal invention, dynamite, was used as a tool of war instead of its original intended purpose of mining. The prize fund for the award, about $900,000 per award, is still primarily funded by the fortune he left behind.