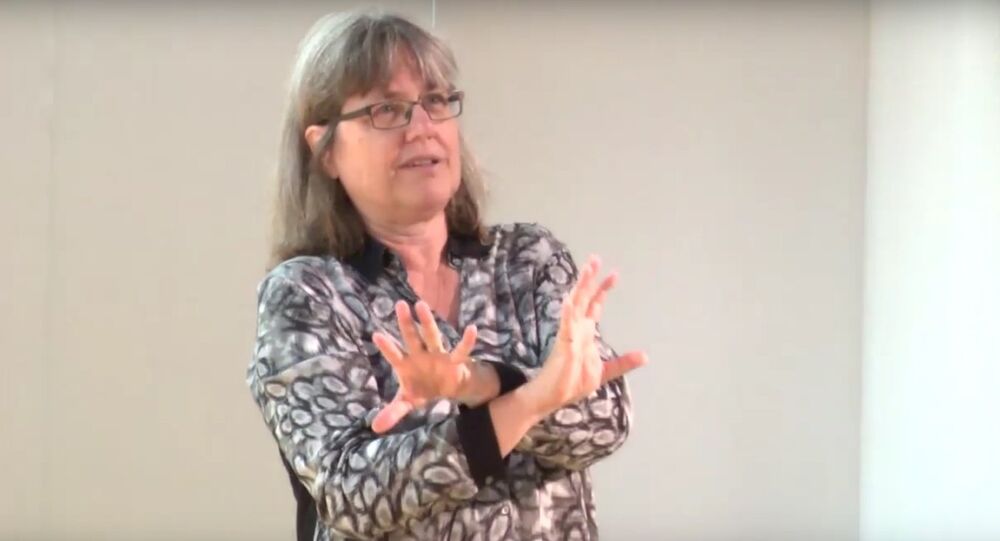 Donna Strickland has become the first woman in 55 years to win the landmark physics prize from the Royal Swedish Academy of Sciences. A total of three scientists were honored in the field for creating advanced precision tools from light, which enjoy widespread applicability in today’s fundamental and practical sciences.

Canadian scientist Donna Strickland, a laser physicist at the University of Waterloo in Ontario, was born on  May 27, 1959 in Guelph, Canada. She is an associate professor, who has largely pioneered international laser studies. Most notably, she

• is the first woman to win the Nobel Prize in Physics since Maria Goeppert Mayer was awarded it in 1963 for her ground-breaking research on the structure of nuclear shells.

• is one of only three women in history to win the Nobel Prize in Physics, including Marie Curie in 1903 and Maria Goeppert-Mayer in 1963.

• conducted her award-winning research while a PhD student in 1985 at the University of Rochester in New York.

• developed a technique called chirped pulse amplification that is used for producing ultrashort pulses of very high intensity, which comes in handy in laser micromachining, medicine including corrective eye surgery and manufacturing.

• is sharing half the $1.4 million prize with French laser physicist Gerard Mourou, who was her PhD advisor in 1989.

“We need to celebrate women physicists because we’re out there, and hopefully in time it’ll start to move forward at a faster rate. I’m honored to be one of those women,” Strickland said in an telephone interview with the Royal Swedish Academy of Sciences.

Meanwhile, the issue of women’s “unnoticed” contributions to science is trending high on Twitter, with one user even noticing Strickland’s Wikipedia page was written after she won the prize.

#UWaterloo’s Dr. Donna Strickland wins Nobel in Physics!
« It took a Nobel prize for Donna Strickland to be noticed enough to have a (short) Wikipedia page written about her. Another example of how womens’ contributions to science go unnoticed and uncelebrated »
(Seirian Sumner)

Donna Strickland, who received her PhD in optics from Rochester in 1989, is the first woman to win the Nobel Prize in Physics in 55 years. Congratulations, Dr. Strickland! #meliora https://t.co/myz415vrnG

I cannot claim to understand the technique that Mourou and Strickland developed in the field of laser physics. What I do understand is that Donna Strickland is only the third woman to receive a Nobel Prize for Physics. More women in science! #curie #mayer #strickland @NobelPrize https://t.co/KneL0UQJqf

Parteeeey! A female physics Nobel Prize Winner, the first since Maria Goeppert-Meyer in 1963. Donna Strickland is the third woman ever to win the physics Nobel Prize. Today is a day to celebrate #Diversity, #WomeninSTEM, high-intensity lasers and optical tweezers! https://t.co/5NlQblXsdY

Half of the total physics prize of 9 million Swedish kronor, which is a little over 1 million US dollars, was awarded to US physicist Arthur Ashkin, of Bell Laboratories in New Jersey, for his development of “optical tweezers.” He, remarkably, devised the technology allowing tiny organisms to be handled with beams of light.