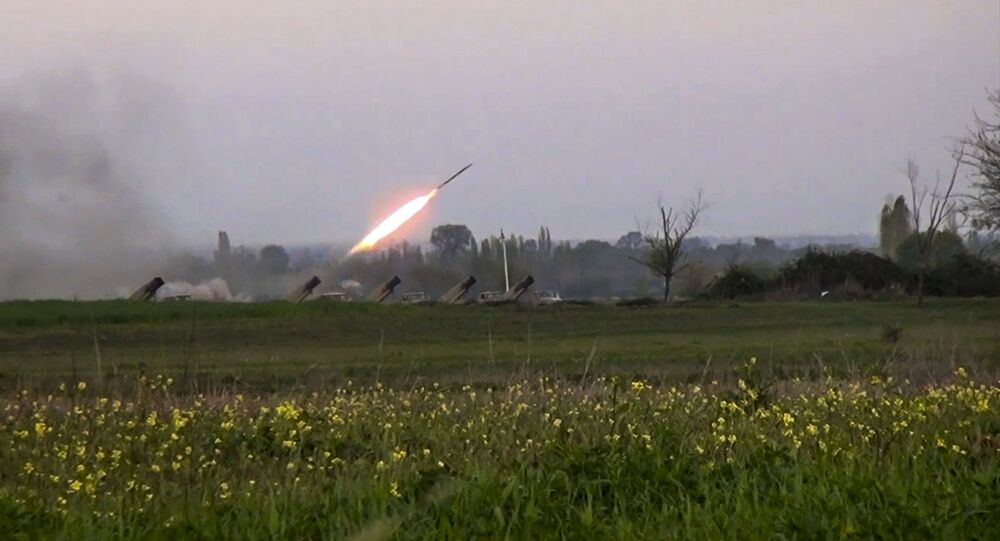 Both Yerevan and Baku have accused each other of attacks along the line of control and published videos, depicting the destruction of drones, aircraft, tanks, and armoured vehicles of the opposite side.

The Azerbaijani military on Wednesday announced that it had destroyed an Armenian S-300 missile system in Nagorno-Karabakh. Baku also claimed that at least 2,700 Armenian troops had been killed and wounded in the recent clashes.

"Yesterday, during the fighting on the territory of Shushakend, in the Khojavend district [the line of contact in Karabakh], an enemy S-300 anti-aircraft missile system was disabled", the ministry said.

The Azerbaijani Defence Ministry previously said it had "completely destroyed" an Armenian regiment during the clashes, which Yerevan rejected as fake news.

Authorities in Nagorno-Karabakh, or Artsakh, an Armenian-majority region, announced the creation of the republic in 1991, and later declared independence from Azerbaijan following a referendum.

This resulted in a major military conflict that lasted until 1994 when the sides agreed to start peace talks mediated by the OSCE Minsk Group. Karabakh remained an unrecognised state and ties between Baku and Yerevan have remained tense due to the frozen conflict.