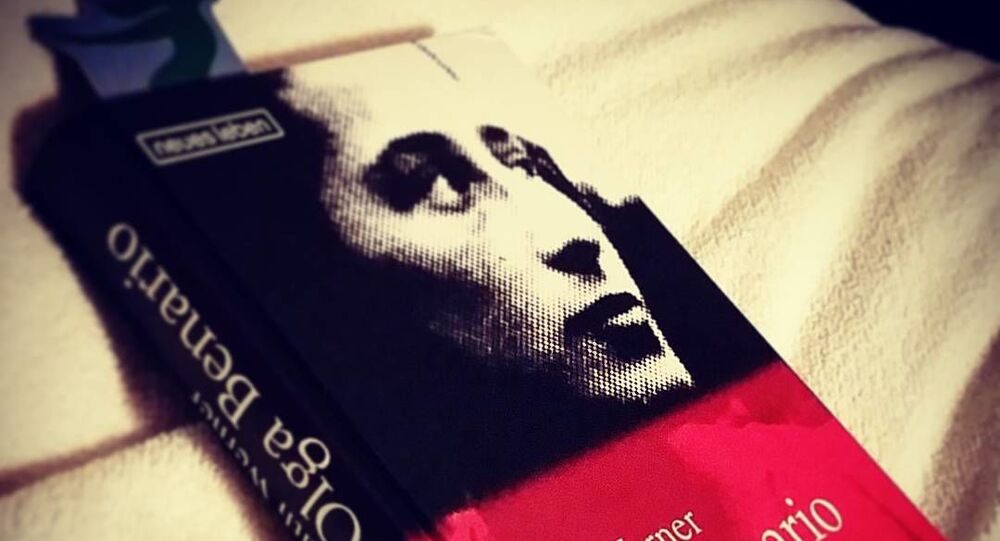 To the residents of the village of Great Rollright in Oxfordshire, England, she was known as a loving memory, who regularly visited local church and made delicious scones. Little did they know that Ursula Kuczynski was a top Soviet spy and held the rank of colonel in the Red Army.

Ursula Kuczynski, code-named Sonya, could have "transformed world history" if Joseph Stalin hadn’t changed his mind about killing the leader of Nazi Germany, Adolf Hitler, claims writer Ben Macintyre in his new book "Agent Sonya", excerpts of which have been published in the Times newspaper.

The story starts in 1938, at Hitler’s favorite restaurant, Osteria Bavaria, in Munich, where Alexander Foote, another Soviet spy, was dining with his companion. As Foote and his companion were passing a private room where the Fuhrer often dined, he noticed that Hitler’s guards failed to react when his companion reached into his jacket pocket for cigarettes. Foote thought that this lack of attention could be used to assassinate the leader of Nazi Germany. He told Kuczynski his idea and that it would be possible to plant a bomb in a suitcase and place it close to the private room in the restaurant.

Kuczynski informed the Kremlin about the potential assassination plot and both agents were given orders to prepare an operation to shoot Hitler at the restaurant or simply blow him up.

Stalin, however, decided to make a U-turn and stopped the operation just weeks before the Soviet Union and Nazi Germany signed the Molotov-Ribbentrop non-aggression pact.

If she had assassinated the Fuhrer she would have "transformed world history", writes Macintyre.

"Would there have been a Molotov-Ribbentrop pact? I think almost certainly not", Macintyre wrote, adding that Kuczynski had more chances to kill Hitler than others.

I’ll be telling the astonishing story of Ursula Kuczynski (codename Sonya), one of the greatest spies of the 20th century. pic.twitter.com/3ECXRCw3e5

Born in 1907 in Schöneberg, German Empire, Ursula Kuczynski's father was an economist and her mother a painter. When she turned nineteen. Ursula joined the Communist party of Germany and, in 1929, she married Rudolph Hamburger, an architect and a communist. The couple relocated to Shanghai in 1930, where Ursula was introduced to Richard Sorge, an agent of Soviet intelligence. It is unclear whether Ursula and Rudolph had already worked for the USSR when they left for China, but after the meeting with Sorge, Ursula was tasked with operating a spy ring under his direction.

In 1934, she visited Moscow for a seven-month training and learnt Morse code, how to build and operate a radio receiver, and other skills needed for espionage. Following the training session she returned to China.

In 1938, the couple went to Switzerland, where Ursula recruited agents who later infiltrated Germany and set up a resistance group in Danzig. It is believed that during this time her marriage with Rudolph ended.

In 1940, Kuczynski was officially divorced and traveled to England, where she married a recruit, Len Beurton. In England she supplied the USSR with information about the nuclear bomb, getting it from German scientist Klaus Fuchs and British civil servant Melita Norwood. When Fuchs was arrested at the end of 1949, Kuczynski fled England, fearing she would be unmasked.

The spy went to the German Democratic Republic, where she worked in the Chamber of Commerce for foreign trade and as a head of the Capitalist Countries Division in the Central Department of Foreign Information. She gained some success as a writer, publishing short stories, novels and an autobiography, Sonja’s Rapport (Sonya’s Report) under the name Ruth Werner.

Ursula Kuczynski died in Berlin in 2000.