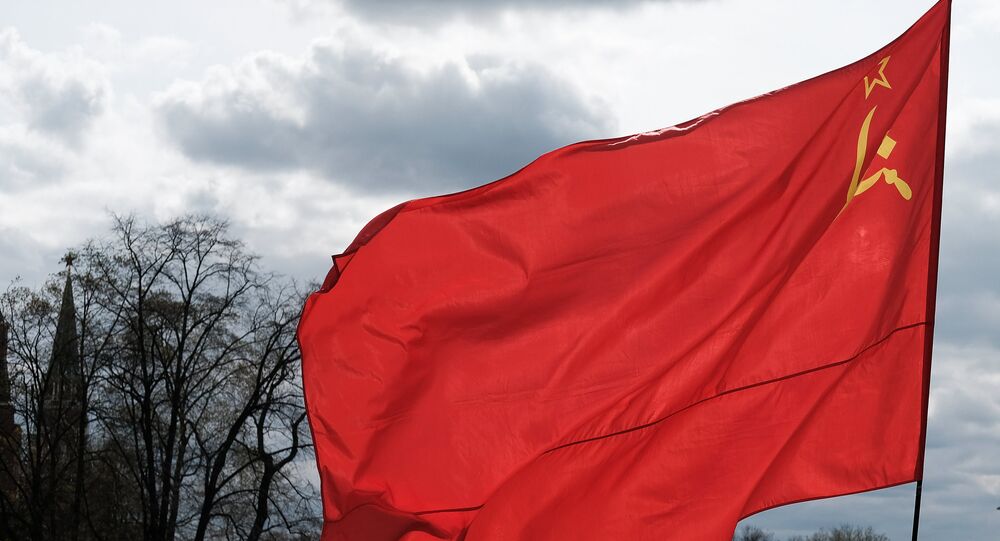 The veteran 83-year-old filmmaker, who’s written, produced and directed dozens of acclaimed films in the Soviet Union and Russia, the US, the UK, Italy, Germany, and France in a career spanning 60 years, recently completed Dear Comrades, a historical drama dedicated to the Novocherkassk Massacre of 1962.

Russian director Andrei Konchalovsky has offered his perspective on Soviet history in the second half of the 20th century, calling Soviet leader Nikita Khrushchev’s ‘secret speech’ at the 20th Party Congress in 1956 discrediting Joseph Stalin’s cult of personality a major mistake and saying there was one major factor behind the USSR’s collapse in 1991.

Speaking to a reporters on the sidelines of the Venice Film Festival, where his new historical drama Dear Comrades has received praise from critics, the director suggested that the world communist movement was deeply shaken by Khrushchev’s speech.

“I think many communists after the 20th Congress were embittered, and I think it was a bad decision on Khrushchev’s part. I agree with Mao Zedong, who said that ‘Khrushchev is an idiot who betrayed communism’. In China, Mao’s portraits are still on the walls, and the Chinese are building a society based on his ideas. Therefore, I think this was one of the foolish decisions made by Khrushchev, who was a real peasant. He was not a very bright person. Maybe smarter than Yeltsin,” Konchalovsky said.

© REUTERS / Thomas Peter
Tourists hold umbrellas as they stand in front of the Tiananmen Gate and a giant portrait of Chinese late Chairman Mao Zedong on a day of heavy rain in Beijing, China. File photo.

Talking about the 60s ‘Khrushchev Thaw’ enjoyed by Soviet society, which saw an easing of repression and censorship, and which he lived through as a young man, Konchalovsky agreed that it created the space in which he was able to create his first films, but added that he believes “freedom must always have a limit.”

“Absolute freedom cannot create anything but a zoo. In this sense I believe that a ‘deficit’ is necessary for a person to be a human being. When it is ‘too cold’ or ‘too hot’, a person loses his human features – a deficit of everything, including freedom,” he said.

Konchalovsky believes that top party leaders began the process of turning into the country’s ‘bourgeoisie’ after Stalin’s death, and more than anything, wanted to avoid new purges of the political elite.

“In Stalin’s time, it was impossible for a party bureaucrat to avoid punishment if he began to take bribes or make money on the side. [The bureaucracy] wanted freedom in order to turn their power into material wealth. The desire to stay safe is what pushed Khrushchev to start de-Stalinization. And this process became more and more powerful under [Leonid] Brezhnev and [Yuri] Andropov. And in the 1980s they completely sold out to the Americans, the leading government officials I mean. They were all pro-American. They hated ideology and wanted to legalize their wealth in order to pass it on to their children. This, I think, is the reason for the collapse of the Soviet Union,” Konchalovsky concluded.

A Lifetime of Work in Cinema

Andrei Konchalovsky is one of Russia’s renowned film and theatre directors. A frequent collaborator of Andrei Tarkovsky, Konchalovsky wrote, directed and produced dozens of films starting in the 1960s, with many of them going on to become classics, including Ivan’s Childhood, The First Teacher, Andrei Rublev, and 1979 Cannes Grand Prix Special du Jury winner Siberiade.

In 1980, he moved to the United States, and there directed films including Maria’s Lovers, Shy People, and 1989 buddy cop action comedy smash hit Tango & Cash. The director returned to Russia in the 1990s, where he continued his work, receiving acclaim for 2002’s House of Fools, 2014’s The Postman’s White Nights, and 2016’s Paradise. His latest film, Dear Comrades, is a black and white historical drama telling the story of the shooting of over two dozen striking workers at the Novocherkassk Electromotive Factory in 1962.