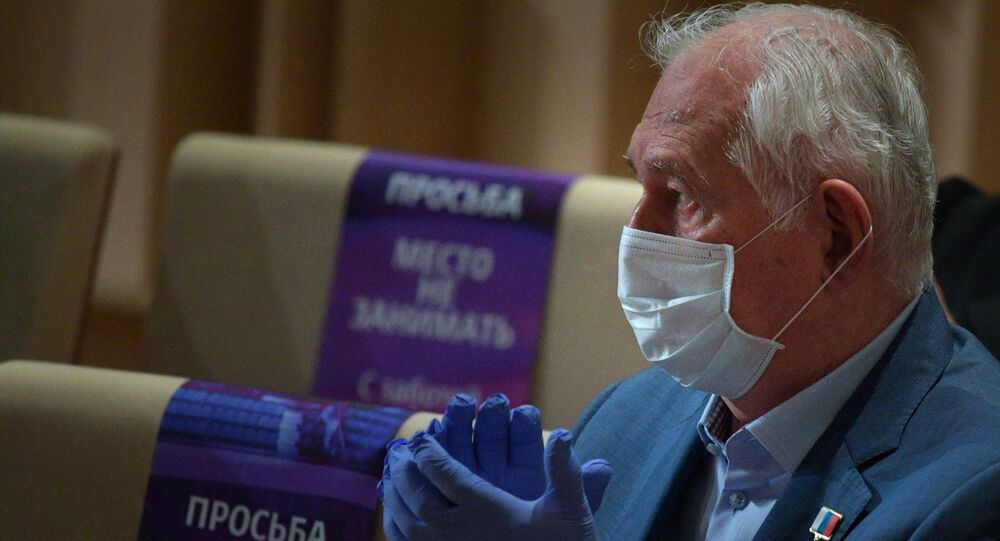 The day before, Siberia’s head toxicologist Alexander Sabaev stated that medics in Omsk tested Russian opposition figure Alexei Navalny for cholinesterase inhibitors first thing after he arrived at the hospital.

Russian doctors have proposed to their German colleagues that they establish a joint group on the case of Russian opposition politician Alexei Navalny, the president of Russia's National Medical Chamber, noted paediatrician Leonid Roshal, told reporters on Saturday.

"Many people are concerned about Navalny's fate, and the National Medical Chamber has now appealed to the German Medical Chamber ... in order to create an expert group with them to study the main reason for Navalny's condition," Roshal said.

The paediatrician added that the reasons were not clear yet, noting that Russian doctors treating Navalny did their job very well and saved the patient. Studies carried out in Russia did not show that the politician was poisoned though, he noted.

"Let us gather calmly — the representatives and specialists of Russia, as well as toxicologists and specialists from Germany — and we will discuss whether or not [Navalny was poisoned], because if it turns out that Navalny was, indeed, poisoned, we believe that it is necessary to initiate a criminal case in Russia," Roshal said.

According to Roshal, the Russian side has sent a request to German law enforcement agencies, as well as German doctors regarding the situation with Navalny, but there has been no answer yet.

© AFP 2021 / IDA MARIE ODGAARD
Danish Foreign Minister Calls for Discussing Sanctions Against Russia Over Navalny Case
Immediately after Navalny fell ill, his spokeswoman Kira Yarmysh claimed that he might have been poisoned.