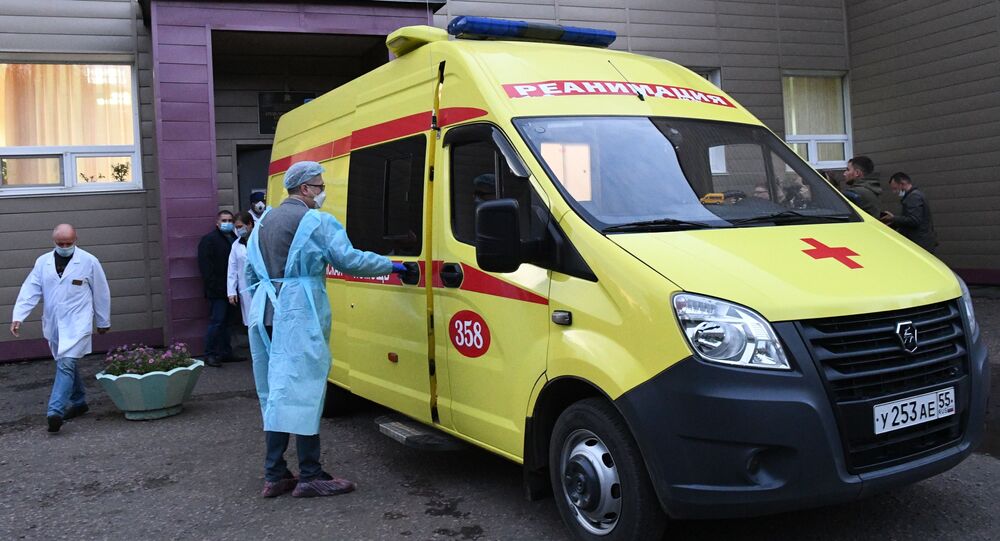 On Wednesday, the German government claimed that tests performed on Russian opposition figure and blogger Alexei Navalny showed that he had been exposed to a nerve agent from the Novichok group.

The head of the intoxication department at the Omsk hospital, where Alexei Navalny was hospitalised on 20 August, said on Thursday as quoted by Rossiya 24 broadcaster that doctors checked the opposition figure for poisoning but didn't find anything.

"Phosphoorganic bindings were the first toxic substance we looked for," Alexander Sabaev said, adding that these elements were "not confirmed."

"But our main task was to exclude strong poisons," the doctor said.

Sabaev remarked that other people would have suffered if Navalny had been poisoned with a Novichok-type nerve agent.

At the same time, doctors from the Moscow Institute of Emergency First Aid named after Nikolay Sklifosovsky stated that no traces of a substance from the group of cholinesterase inhibitors were found in Navalny's body.

The statement comes a day after Berlin claimed that a German military laboratory possessed undeniable proof of 44-year-old Navalny's poisoning with a nerve agent from the Novichok group.

© Sputnik / Alexey Nikolsky
Kremlin Hopes Germany, Other Countries Won't Jump to Conclusions on Navalny Case
Immediately after Navalny fell ill, his spokeswoman Kira Yarmysh claimed that he might have been poisoned.