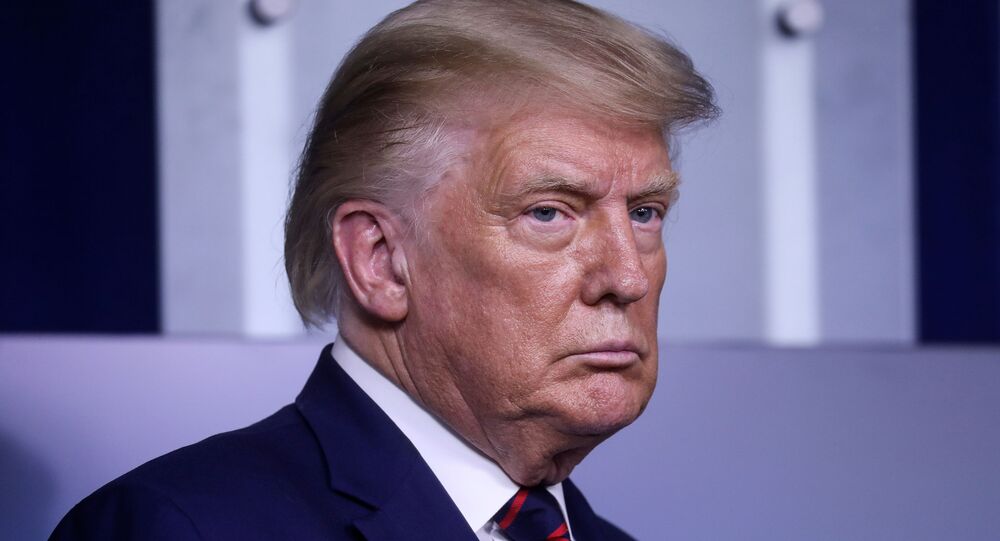 US Will Look at Alleged Poisoning of Navalny 'Very Seriously', Trump Says

Navalny is currently undergoing treatment in a German hospital, where he was transmitted to after suffering an acute medical condition in Russia in late August.

US President Donald Trump said on Friday the United States has no proof of the alleged poisoning of Russian opposition figure Alexey Navalny, but added that Washington will look into the matter "very seriously".

"We haven't had any proof yet", Trump told reporters at a press briefing.

The US president also said he had no reason to doubt Germany's results. Berlin claims that Navalny was poisoned with a nerve agent of the Novichok group.

The Russian Foreign Ministry noted in response that the German government's claims of Navalny's poisoning lacked evidence and added that it was perplexing why Berlin first addressed the EU, NATO and third parties, such as the OPCW, instead of contacting Russia directly.

Navalny felt unwell on board the plane during a domestic flight, after which he was immediately taken to the hospital in his home city of Omsk. Navalny was provided necessary medical help there before he was flown to Berlin-based hospital Charite for further treatment.

Russian medics have found no traces of poison in Navalny's system, saying that his condition was caused by an abrupt drop of glucose in the blood due to a metabolic imbalance.

Earlier on Friday, Russian Foreign Minister Sergey Lavrov said that Moscow has nothing to hide in Navalny case and that Russia still does not have specific information from the German side.