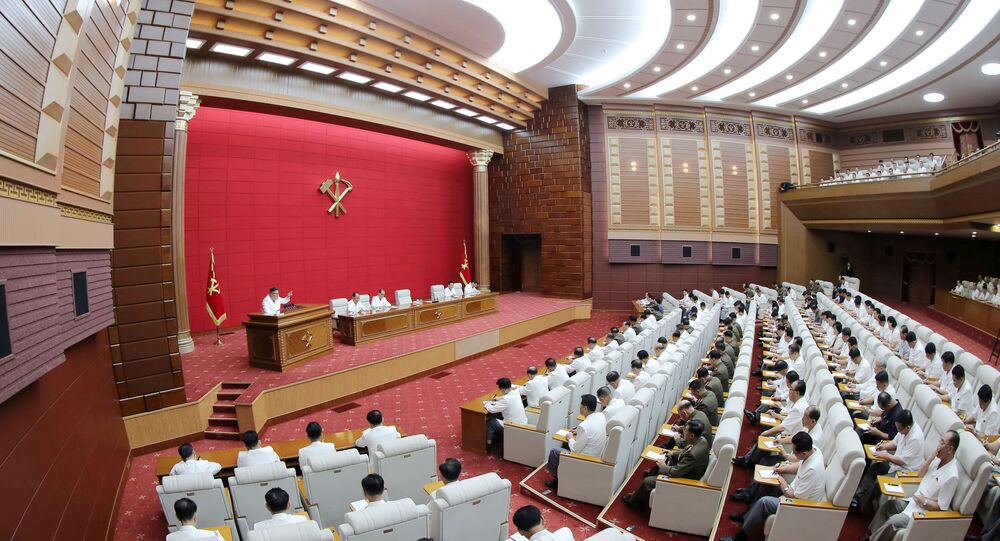 SEOUL (Sputnik) - Special representatives on North Korea from Washington and Seoul have emphasised the need to resume denuclearization dialogue with Pyongyang, the South Korean Foreign Ministry said on Wednesday.

"The two sides shared their assessments of the recent situation on the Korean Peninsula and drew a common understanding that the early resumption of dialogue between the Republic of Korea and North Korea as well as between the U.S. and North Korea is crucial in order to make substantive progress toward complete denuclearization and the establishment of permanent peace on the Korean Peninsula. The two chief negotiators also discussed the conditions and the ways to work together to that end," the ministry said in a statement.

© REUTERS / ANDREW KELLY
Foreign Company Pleads Guilty in US Court to Evading North Korea Sanctions, Justice Department Says
The US-North Korea negotiations hit a snag after the failed February 2019 summit in Hanoi, during which the United States demanded more decisive steps from North Korea to give up its nuclear weapons and Pyongyang accused the US of not responding to the already taken steps.

The October talks in Sweden failed to break the deadlock.

The inter-Korean dialogue is also at a low point following North Korea's decision to cut all lines of communication with Seoul in June.