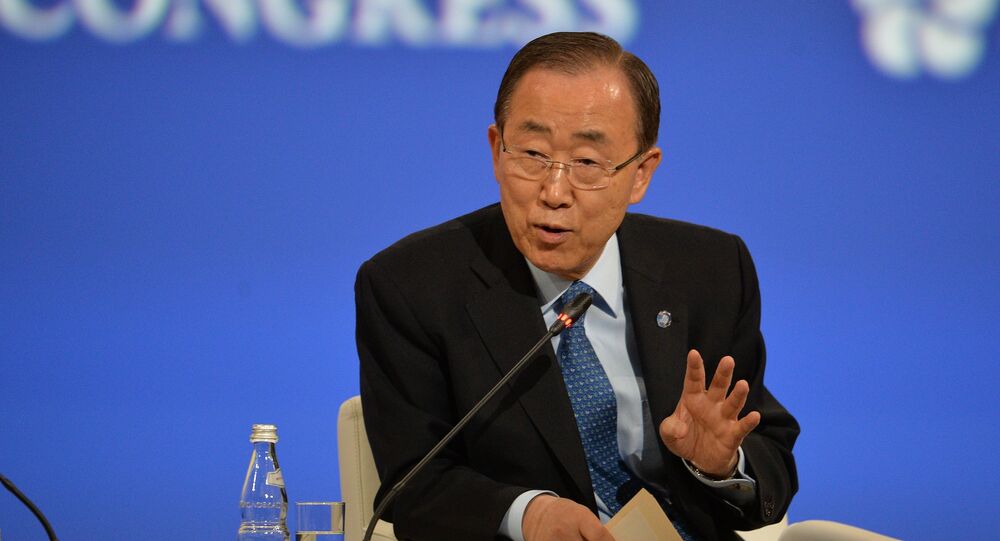 US President Donald Trump and North Korean leader Kim Jong-un had three one-on-one summits. The first meeting between the two leaders was in Singapore in June 2018, the second in Vietnam in February 2019, and the last took place at the demilitarized zone between North and South Korea in June 2019.

Former United Nations Secretary-General Ban Ki-moon said on Wednesday in an interview with Time magazine that North Korea “seems to have succeeded in acquiring de facto nuclear state status” thanks to meetings between US President Donald Trump and North Korean leader Kim Jong-un.

The former UN head said that he is “very worried” about North Korea’s ongoing missile tests, adding that Washington seems to have changed its stance on Pyongyang’s behavior.

Although Trump and Jong-un have met three times, once in Singapore in 2018 and twice in 2019 in Vietnam and at the demilitarized zone between North and South Korea, the two leaders did not succeed in achieving set goals, as the US president failed in convincing Pyongyang to give up its nuclear weapons, while the East Asian nation’s demand of easing US sanctions has not been met.

“Embarrassingly, we are seeing some absence of American leadership since the Administration of Donald Trump began ... at a time when American leadership is most needed,” the former UN chief said. “President Trump has been able to make a good contribution, but at this time, unfortunately, by just granting a one-on-one summit three times, [it] perhaps played to Trump’s ego and penchant for pageantry, and Kim Jong Un seems to have succeeded in acquiring de facto nuclear state status”.

Tensions on the Korean peninsula escalated recently after North Korea destroyed an Inter-Korean Liaison office on 16 June, threatening state-level action if Seoul fails to suspend a campaign launched by South-based defectors flying anti-Pyongyang leaflets on balloons across the border.

In response, South Korean military warned that Pyongyang “will pay the price” if it takes military action against South Korea.