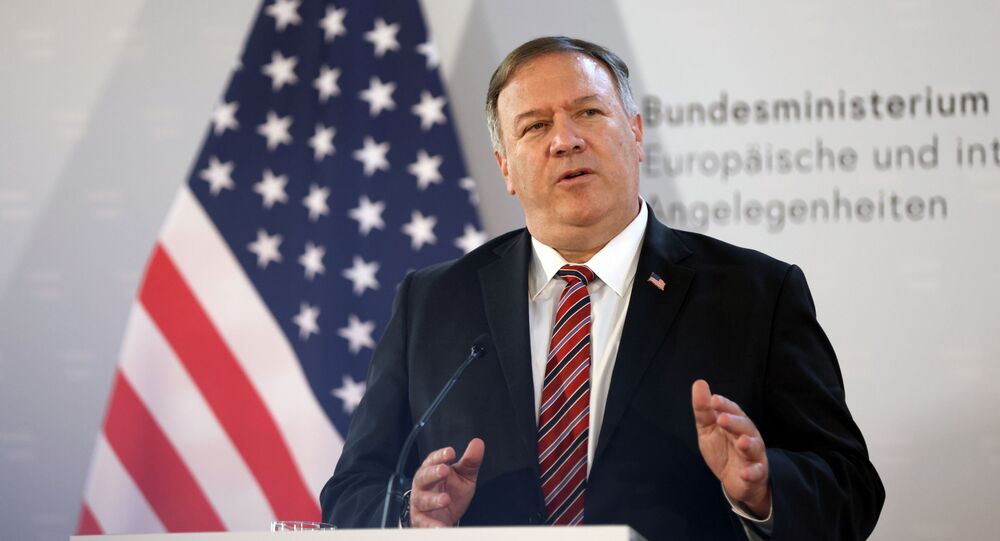 US Special Representative for Iran Brian Hook said a day earlier that Washington will circulate at the UN Security Council a legal memorandum explaining its right to bring a proposal to extend the arms embargo against Iran despite having withdrawn from the 2015 nuclear agreement with the Islamic Republic.

US Secretary of State Mike Pompeo has promised to do everything to ensure that the arms embargo against Iran is extended.

"It makes no sense to permit the world's largest state sponsor of terrorism to purchase and sell weapons systems. I mean, that's just nuts", Pompeo told a news conference in Vienna.

The secretary of state also urged the rest of the world to back the US stance.

"We are going to do everything that we can within our diplomatic tool set to ensure that arms embargo doesn't expire. The voting will be in the next handful of hours and we are hoping that we will be successful. When we see the results we will make the decision about how to move forward. We have been unambiguous about the fact we have no intention of allowing this arms embargo to expire. None whatsoever", he stated.

In the meantime, the UN Security Council has been voting on a US resolution that would indefinitely extend the UN arms embargo on Iran since the evening of 13 August. The results are expected to be announced later on Friday, due to the longer procedure of voting because of the coronavirus pandemic.

The measure is facing strong opposition from Russia and China and it is likely the resolution will not get the minimum nine "yes" votes in the 15-member Security Council that would prompt Moscow and Beijing to use their vetoes.

On 13 August, US National Security Adviser Robert O’Brien stressed that the US will resort to "other tools" if it does not succeed in its effort to convince the UN Security Council to extend the arms embargo against Iran. He also expressed hope that Russian and China will support the resolution.

Iranian Foreign Minister Mohammad Javad Zarif has slammed the United States for the proposal to extend the embargo, saying Washington is "so desperate to show support for its struggle to illegally extend arms restrictions on Iran that it clings to the personal position of GCC SG — obtained thru coercion — as regional consensus".

© REUTERS / Hamad I Mohammed
US Envoy to Visit UK This Week, Call for Extending UN Arms Embargo on Iran - State Dept.
The UN arms embargo on Iran has been in force since 2007 and it is set to expire in two months under the terms of the nuclear agreement, formally known as the Joint Comprehensive Plan of Action (JCPOA).

In July 2015, Iran signed a nuclear agreement with the United States, China, France, Russia, Germany, the United Kingdom, and the European Union. The agreement stipulates that Iran must scale back its nuclear programme and downgrade its uranium reserves in exchange for sanctions relief, including lifting the UN arms embargo five years after the accord was adopted.

The agreement has been undermined since May 2018, when the United States unilaterally withdrew from the accord and reintroduced sanctions against Iran.