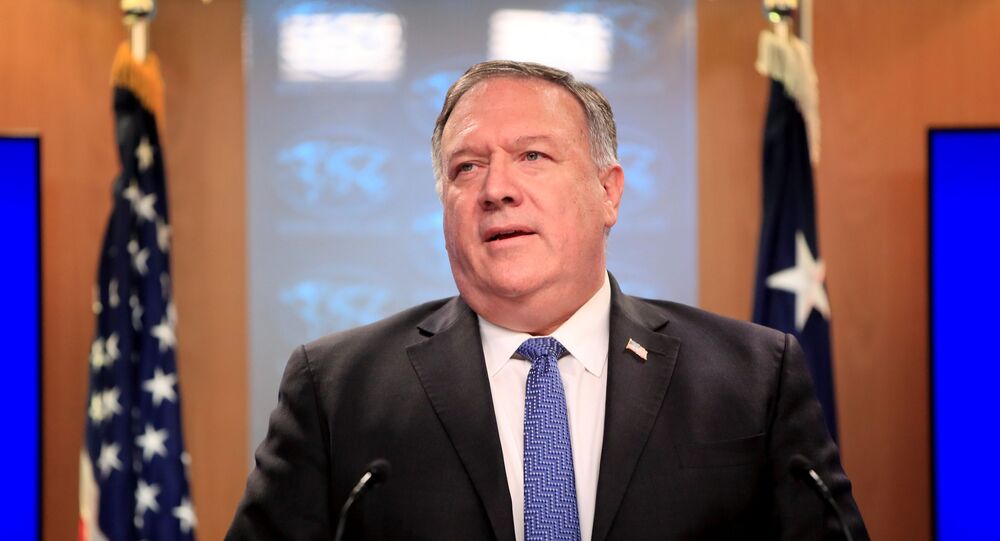 The US State Department will begin working with the Department of Commerce and additional agencies to limit Beijing's ability to store and process data and other sensitive information in the US, according to Wednesday afternoon comments made by US Secretary of State Mike Pompeo.

While speaking to the media during a livestreamed conference at the Department of State, Pompeo noted that the US also wishes to see "untrusted" Chinese apps such as TikTok and WeChat removed from digital platforms, claiming they pose significant threats to the personal data of US citizens.

"We want to see untrusted Chinese apps removed from app stores," he said.

In addition to mentioning both TikTok and WeChat by name when describing apps that present "true national security issues," Pompeo asserted that Trump "will take action in the coming days with respect to a broad array of national security risks that are presented by software connected to the Chinese Communist Party."

Pompeo also announced Wednesday that the US will be submitting a UN Security Council (UNSC) resolution next week regarding the expiring arms embargo on Iran.

The secretary of state expressed that the US "will not allow" the arms embargo against Iran to expire. He noted that Washington will do everything within its power to make sure the embargo is extended.

.@SecPompeo discuss the arms embargo on Iran and calls the UN Human Rights Council’s offer of a seat to Cuba “outrageous.” pic.twitter.com/DtIP1Os9sF

Pompeo said the UNSC "would make an absolute mockery" of its mission of maintaining international peace and security if it allowed Iran, which he described as "the number one state sponsor of terrorism," the ability to "buy and sell weapons freely."

The current embargo is set to expire on October 18.

Pompeo informed reporters that up to $10 million in reward money will be given to those who provide the federal government information leading to the location of identification of malign actors interfering in US elections.

"The State Department Rewards for Justice program is offering a reward of up to $10 million for information leading to the identification or location of any person who acting at the direction or under the control of the foreign government and interferes with the US elections by engaging of certain criminal cyber activities," he said Wednesday.

The program's release on the matter notes that an example of such activities would include "targeting election infrastructure, including voter registration databases and voting machines, to impair an election in the United States."

I attended the briefing today by @ODNIgov regarding foreign-based election interference.

I remain very concerned information is being withheld from the public that could help voters distinguish legitimate political speech from foreign propaganda.

This comes shortly after Senate Democrats, such as Sen. Chris Murphy (D-CT), attended a classified briefing on Monday and raised concerns of possible interference in the November election.