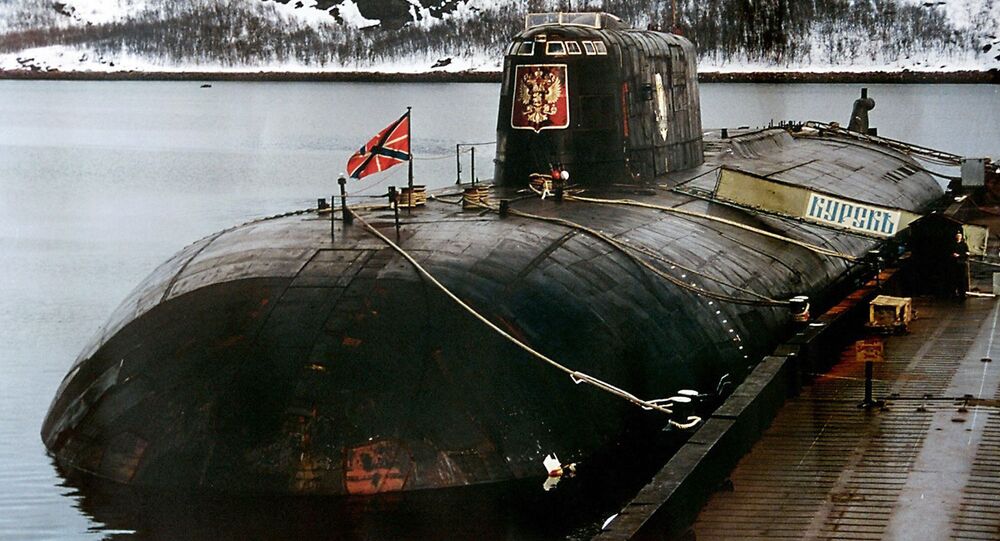 On 12 August 2000 the Kursk nuclear submarine sank to the bottom of the ocean in the Arctic Circle, leading to the death of all 118 men on board. Twenty years on are the world’s submariners still at risk of such a horrific death?

The Kursk - an Antey-class submarine which had been launched only six years previously and was named after a Second World War tank battle victory - was taking part in wargames with the rest of the Northern Fleet in the Barents Sea when it was overtaken by calamity.

A gigantic explosion tore through the 500-foot long vessel, followed two minutes later by an even bigger blast which sent the Kursk and its commander Captain Gennady Lyachin, 45, and the crew to the seafloor.

Iain Ballantyne, author of The Deadly Trade: The Complete History of Submarine Warfare from Archimedes to Present, said: "Like many accidents it was caused by a tragic convergence - an unstable propellant for the torpedo, a poorly maintained weapon, possible lack of training among the sailors who were likely handling it and the Kursk had not even fired a torpedo since 1998."

Most of the submariners died in the explosions but 23 were entombed alive in four sealed compartments 350 feet beneath the waves.

It is thought they perished eight hours later when their oxygen supply ran out.

Lt. Kolesnikov's note. He wrote this by chemical light in the 9th compartment of K-141 Submarine Kursk after an explosion in the Torpedo room. He lists the names of the survivors with him.... pic.twitter.com/CdTYQCfW98

​Lieutenant Captain Dmitri Kolesnikov, who was one of the 23, penned a note  in which it was painfully clear he knew he was going to die.

Writing in the darkness of the stricken sub, Lt. Capt. Kolesnikov, who was 27, wrote: "All personnel from sections six, seven and eight have moved to section nine. There are 23 of us here. We have made this decision because none of us can escape."

On one side of the note he wrote a full account of what had happened to the Kursk and on the other he penned a private letter to his wife, Olga.

​According to the investigation team report, the first explosion was caused by a leakage of hydrogen peroxide fuel inside a missile launcher.

About two minutes later a fire led to the explosion of five warheads, which inflicted fatal damage to the Kursk.

Hydrogen peroxide - a highly volatile material which the Russian navy was still using in 2000, long after it had been abandoned by the British and American submarine fleets - has been blamed for the disaster.

The fuel - which was used by terrorists to blow up three trains and a bus in London during the July 2005 attacks - was used to power 24 P-700 Granit cruise missiles, which were designed to destroy large ships.

But torpedos and missiles fuelled by hydrogen peroxide require high levels of expensive maintenance, something which the Russian navy in the late 1990s was ill-equipped for.

It later emerged missile containing the hydrogen peroxide had been stored for years without being properly maintained and had probably leaked through a corroded valve.

Mr Ballantyne said: "The loss of Kursk was a real wake-up call for Russia and President Putin vowed his country's armed forces should be regenerated with better equipment and training."

In an interview in 2018 Putin said the Kursk disaster had highlighted the alarming state the armed forces had fallen into in the decade since the collapse of the Soviet Union.

He said: "After the dissolution of the Soviet Union we faced great difficulties in economy, in the social sphere, in the army, of course the army could not be left untouched by that. And the tragedy of Kursk was a sign of the general state of the armed forces."

​In the last 20 years a number of conspiracy theories have circulated, including one which blamed the first explosion on a Second World War mine and another which blamed an attack by a foreign submarine.

But there is little doubt the disaster was caused by an internal explosion.

President Putin has massively increased the amount spent by Russia on its armed forces and submarine maintenance is believed to be unrecognisable from the time of the Kursk disaster.

The Russian navy stopped using hydrogen peroxide as a propellant in 2002.

Mr Ballantyne said co-operation between Russia and Western navies improved after the Kursk disaster and in 2005 a British submarine crew were honoured by President Putin after they helped to save the crew of a small craft trapped on the seabed off Kamchatka.

During a visit to Britain, President Putin awarded the Order for Maritime Services to the Royal Navy team leader, Commander Ian Riches, together with two contractors who operated a Scorpio remote-controlled rescue vehicle which cut away the cables trapping it on the seabed.

He said: "By 2011 the Russian Navy was even involved in joint submarine rescue training with NATO, which has a cutting-edge system, including a submersible, to rescue its own submariners. Such co-operation has, regretfully, ceased in recent years."

Mr Ballantyne said submarine accidents are always a risk if the craft is not properly maintained and its crew not trained to deal with all eventualities.

He said the price to be paid if there is a catastrophic failure of equipment on a sub is always very high.

"That is a risk that all submariners live with and they exert themselves every hour of every day at sea and in their naval bases to avoid such disasters,” reflected Mr Ballantyne.

"It is down to their governments to understand they cannot ask them to face such dangers without proper investment in the vessels and their equipment, along with training and good conditions of service. Any nation that operates submarines needs to be aware that the undersea environment is utterly unforgiving," he warned.

© AP Photo / Vicente Robles
A picture of the Argentine submarine ARA San Juan written in Spanish "Come on steel men. We will wait for you at home" hangs from the fence at the Navel base in Mar del Plata, Argentina, Sunday, Nov. 19, 2017

In 2017 an Argentinian submarine, the San Juan, met with disaster and imploded at great depth off the coast of South America with the loss of her entire crew.

Mr Ballantyne concluded: “That was a diesel-electric submarine armed with conventional weapons. Nuclear-powered submarines carrying nuclear weapons are immensely more complex and need a lot more training and maintenance to stay safe and ensure they do not pose a danger to their crews, the environment, and indeed humanity, if disaster strikes."