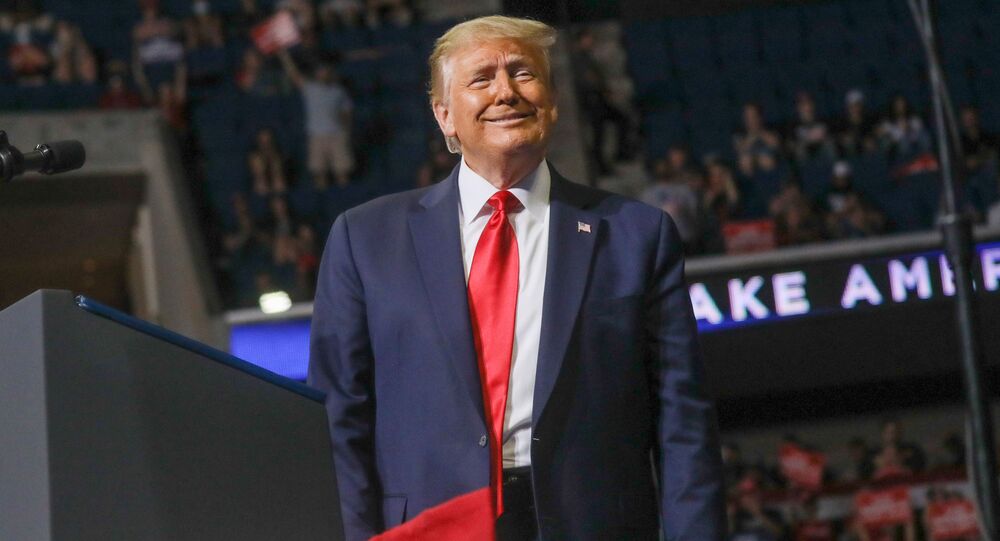 The memoir of former US national security advisor John Bolton has now seen the light of day despite attempts by the Trump administration to block its release arguing that it contains “classified information”. Readers throughout the world can now enjoy (or not really) Bolton’s recollections of his 18 months side-by-side with the US president.

US President Donald Trump’s “best personal relationship among world leaders” is with Prime Minister of Japan Shinzo Abe, his “golf buddy” and colleague, John Bolton claims in his bombshell memoir “The Room Where It Happened”.

“Trump loved mentioning that Abe’s father had been a World War II kamikaze pilot. Trump used it to show how tough the Japanese were generally, and how tough Abe was in particular”, Bolton writes.

PM Abe: Playing golf in Chiba with President Trump (@realdonaldtrump), who is visiting Japan as the first state guest in the era of Reiwa. We hope to further solidify the Japan-US alliance in the new era of Reiwa. pic.twitter.com/CsJFkAAkWr

​According to the former national security advisor, who resigned from his post in September 2019, the US president also has quite a good opinion of UK Prime Minister Boris Johnson.

Donald Trump also has a “great respect” for German Chancellor Angela Merkel, the book claims, despite the president’s irritation with his NATO ally for not meeting the 2 percent of GDP defence budget target.

“If countries were not rich, Trump acknowledged that he could understand it, but these are rich countries”, Bolton claimed, while extensively detailing Donald Trump’s skirmish over NATO funding in his book.

The president believed that it was then-president of the European Commission Jean-Claude Juncker who was responsible for setting the NATO budget, according to Bolton, and said Trump even referred to him as a “vicious man who hated the United States desperately”.

The US president is not a fan of either Canada’s Prime Minister Justin Trudeau or French president Emmanuel Macron, the book claims.

“Trump didn’t really like either Trudeau or Macron, but he tolerated them, mockingly crossing swords with them in meetings, kidding on the straight”, Bolton writes. According to him, Trump’s dislike for the two is probably clear to them.

“I assume they understood what he was doing, and they responded in kind, playing along because it suited their larger interests not to be in a permanent tiff with the US President”, he argued.

© REUTERS / Tom Brenner
Trump Said Americans Had Their 'Asses Kicked' in Afghanistan, Bolton’s Book Claims
In another part of the book Bolton claims that Trump even once accused Macron of “always leaking their conversations” to his face during the NATO 2018 Summit. The French president allegedly denied the claim, while “smiling broadly”.

The Trump administration tried to block the release of Bolton’s book, which the president said contained classified information and was “a compilation of lies”. However, US District Judge Royce Lamberth said last week that “the horse” was already “out of the barn” and there was virtually nothing he could do about the book as it had already been dispatched to book stores across the United States.