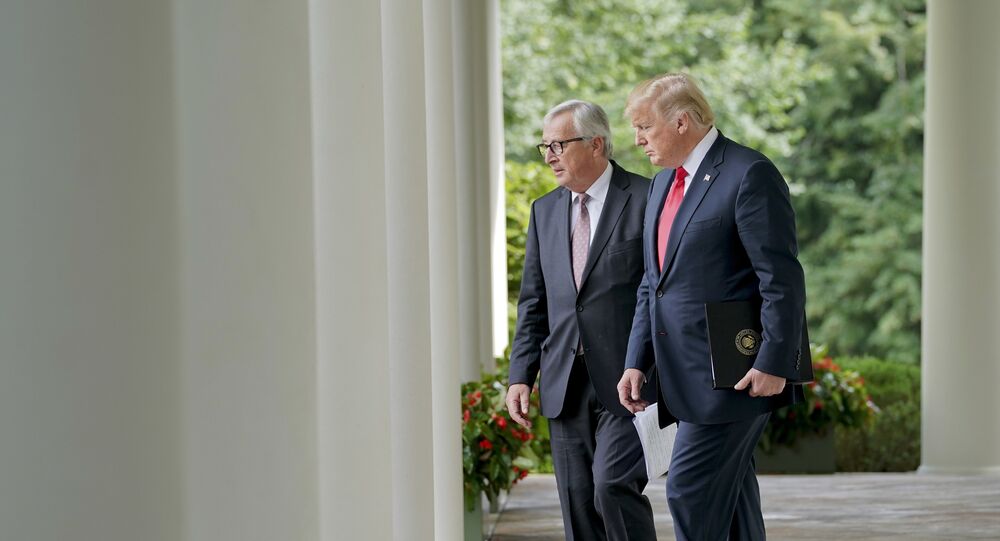 The Trump administration earlier tried to block the release of the upcoming memoir of former National Security Advisor John Bolton citing concerns over the potential leakage of classified information. However, US District Judge Royce Lamberth denied the requests.

New extracts from John Bolton’s upcoming book, published in the Telegraph, detailing the president’s interactions with NATO members and European leaders have again raised eyebrows among both Trump's supporters and his critics.

In “The Room Where It Happened: A White House Memoir”, former National Security Advisor John Bolton writes that Donald Trump accused French president Emmanuel Macron during the NATO 2018 Summit of constantly leaking their conversations. The book claims that the allegation was denied by the French politician, albeit with a “broad” smile. The American commander-in-chief also lashed out at the then-president of the European Commission Jean-Claude Juncker by calling him a “vicious man who hated the United States desperately”.

According to Bolton, Trump believed that it was Juncker who was setting the NATO budget, as the US president repeatedly criticised the alliance’s member states for not meeting the defence spending target of two percent of GDP. Says Bolton, Donald Trump did not follow any well-thought-out “grand strategy” or “consistent trajectory” in his statements or actions.

“…it was not Trump's directness but the veiled hostility to the alliance itself that unnerved other NATO members and his own advisers”, Bolton argued.

The soon-to-be-released book has already caused an uproar among the Trump administration. The US Justice Department filed a lawsuit to prevent the publication of the book which, it is claimed, could contain information that could put national security at risk. The previously published extracts from the book detailing the president’s alleged collusion with China over his re-election bid have already caused a massive stir in the US.

The US District Judge Royce Lamberth argued this week that an injunction was not “an appropriate remedy”, despite the “grave national security concerns” it was posing. He earlier said that it would be almost impossible to take legal action against the memoir as it has already been dispatched to book stores throughout the United States. Trump, meanwhile, referred to Bolton’s writing as “treasonous” and said that the former advisor was going to pay a “big price” for publishing classified information.