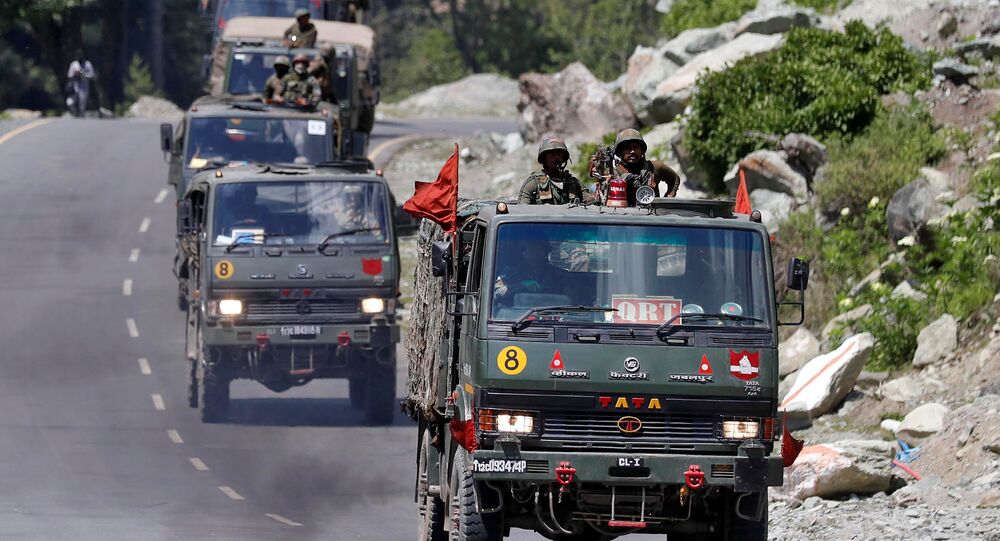 New Delhi (Sputnik): Indian PM Narendra Modi triggered a wave of discontent with his statement that ‘no one intruded into our territory’ following the India-China border skirmish on 15 June, when 20 Indian soldiers were killed. The remark rattled several retired army officer who called it disrespectful to the memory of fallen servicemen.

Former Indian Prime Minister Manmohan Singh has criticised the handling of the India-China border issue by the Narendra Modi government, stating that the latter should be mindful of the implications of his statements.

“We cannot and will not be cowed down by threats and intimidation nor permit the compromising of our territorial integrity. The Prime Minister cannot allow them to use his words as a vindication of their position and must ensure that all organs of the Government work together to tackle this crisis and prevent it from escalating further,” stated Singh, an economist by training who served 10 years as Prime Minister of the country, starting in 2004.

Following the deadly clashes between Indian and Chinese troops in Ladakh last week, Modi called an all-party meeting on 19 June to discuss the border issue, where he stated that, "No one has intruded and nor is anyone intruding, nor has any post been captured by someone."

Referring to the statements coming from the Indian government, Singh said that disinformation is no substitute for diplomacy or decisive leadership and the country owes a great debt to the soldiers who lost their lives in Galwan Valley and their loved ones.

“We call upon the Prime Minister and the Government to rise to the occasion, to ensure justice for Col. B. Santosh Babu and our jawans who have made the ultimate sacrifice and resolutely defended our territorial integrity,” he said, calling the situation a “historic crossroads” as the government’s decisions and actions will have “serious bearings on how the future generations perceive us”.

To do any less "would be a historic betrayal of the people's faith”, he said in his first response to the India-China clash.

A day after the statement by Modi, the Prime Minister's Office issued a clarifying statement and said that there was “no Chinese presence on our side of the LAC” as the Indian Army has thwarted an “attempted transgression” in the Galwan Valley.

Meanwhile, most of the Chinese media outlets welcomed Modi’s comments on the border issue, saying they would pave the way for de-escalation. The Global Times said that Modi had “also appeared to play down the clash”.

“Modi’s remarks will be very helpful to ease the tensions, because as the Prime Minister of India, he has removed the moral basis for hardliners to further accuse China,” Lin Minwang, a professor at Fudan University’s Center for South Asian Studies in Shanghai, told the Global Times. “When India is in a conflict with Pakistan or other neighbours, nationalism might drive New Delhi to take actual operations, but when it comes to China, it is a different story.”

India and China have been engaged in a bitter border conflict in the northern union territory of Ladakh for the last two months, which escalated into a violent clash in Galwan Valley on 15 June where at least 20 Indian soldiers were killed. The two sides accused each other of attempting to change the status quo in the region.