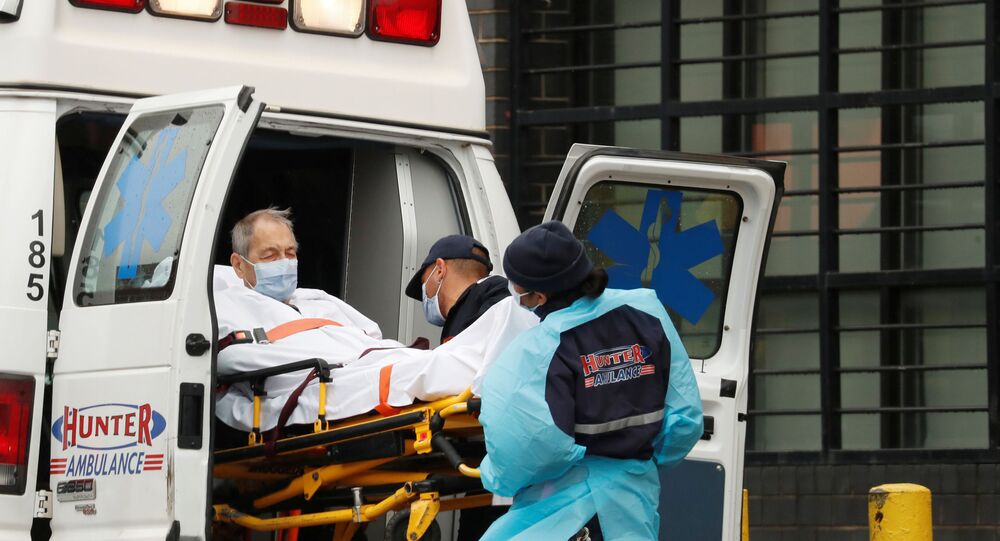 China's 'Incompetence' is to Blame for 'Mass Worldwide Killing' - Trump

The US has repeatedly blamed China for failing to contain the spread of the virus from Wuhan and for reporting the disease to the World Health Organisation too late.

US President Donald Trump took to Twitter to reiterate his position concerning China's role in the coronavirus outbreak.

Some wacko in China just released a statement blaming everybody other than China for the Virus which has now killed hundreds of thousands of people. Please explain to this dope that it was the “incompetence of China”, and nothing else, that did this mass Worldwide killing!

Earlier this week, Chinese Ambassador to the United Nations Zhang Jun said that the US should stop using scapegoating practices during the coronavirus pandemic.​

Who is to Blame for the Pandemic?

Trump and other members of his administration have repeatedly accused China of having failed to stop the spread of the COVID-19 infection from the city of Wuhan where it was first reported in December. The US also said that it has 'significant evidence' (without citing it though) that the virus was made in a laboratory in Wuhan.

China strongly rejected the allegations. Reacting to the US accusations towards China, the World Health Organisation stressed that the new coronavirus is of natural origin and there is no evidence that it can be otherwise.

The WHO also came in for US criticism when President Trump accused the international health watchdog of covering up and mismanaging the coronavirus crisis. On 19 May, the US President sent a letter to WHO Director-General, Dr Tedros Adhanom Ghebreyesus, to announce that Washington was giving the organisation 30 days to make 'improvements', threatening that otherwise the US would freeze its funding permanently.

US Secretary of State Mike Pompeo on Wednesday accused the World Health Organization Director-General Tedros Ghebreyesus of having close ties to China that began long before the COVID-19 crisis.

“I understand that Dr. Tedros’ unusually close ties to Beijing started long before this current pandemic and this is deeply troubling,” Pompeo told reporters at a briefing.

He alleged that China used its influence over the WHO to exclude Taiwan from this week’s Health Assembly in Geneva.