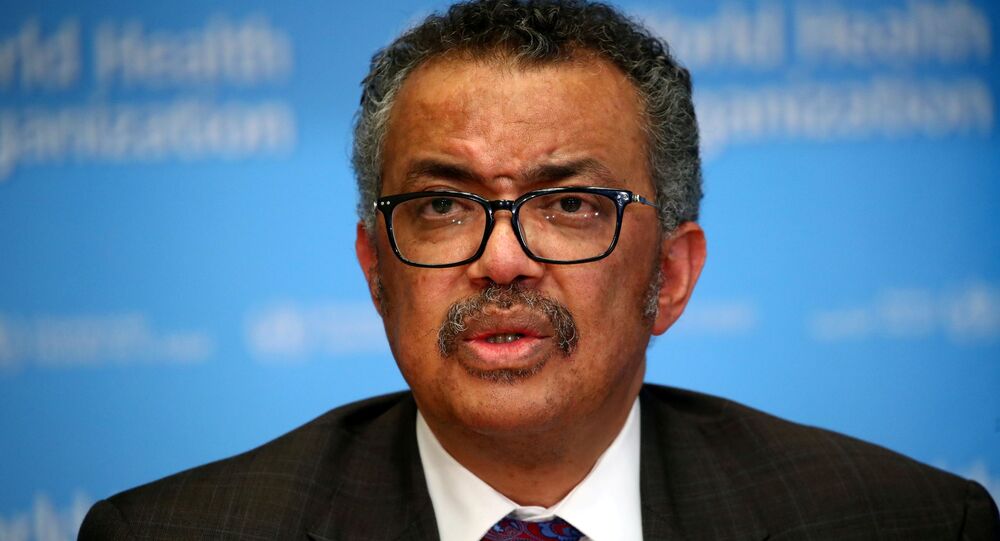 China has faced numerous accusations over its handling of the initial COVID-19 outbreak from US officials, including President Donald Trump who claims that the virus escaped from a Chinese laboratory and that Beijing was hiding the true information about the state of the outbreak in its early stages.

The World Health Organisation (WHO) has vehemently denied a report by the German magazine Der Spiegel, claiming that Chinese President Xi Jinping "pressured" the Director-General of the WHO into withholding information about the coronavirus in late January. The global health body called the report "unfounded and untrue", stressing that WHO chief, Tedros Adhanom, never spoke with Xi Jinping by phone or otherwise in that time period.

"Such inaccurate reports distract and detract from the WHO's and the world's efforts to end the COVID-19 pandemic", a statement by the WHO said.

The statement further pointed out inconsistencies in the report, such as the fact that China officially confirmed the coronavirus' ability to transfer from human to human a day before the alleged phone call, on 20 January. Additionally, Chinese scientists first suggested that the human-to-human transmission of COVID-19 was possible on the night of 14-15 January - almost a week prior to the purported conversation. The WHO announced a public health emergency of international concern 10 days after China confirmed the human-to-human transmission of the novel coronavirus.

Der Spiegel earlier claimed, citing a report allegedly obtained from Germany's Federal Intelligence Service (BND), that Chinese President Xi Jinping "pressured" the Director-General of the WHO in a telephone call on 21 January to withhold information about the novel coronavirus.

He purportedly asked the global body to delay the publication of information about COVID-19's ability to be transmitted from human-to-human and the declaration of emergency, the magazine claims. Der Spiegel said that according to the alleged BND estimates Beijing's efforts cost four to six weeks in the global fight against the pandemic.

US Accusations in Question

The same BND report that Der Spiegel cites claims that German intelligence sought confirmation of Washington's accusations against China regarding the pandemic from the "Five Eyes" - an alliance of the spy services of the US, UK, Canada, Australia, and New Zealand. However, none of the alliance's members was ready to vouch for or support with evidence the claims made by American officials.

American politicians, including President Donald Trump, claimed that the coronavirus escaped from a Chinese lab and accused Beijing of concealing information about the first stages of the outbreak by muting whistleblowers and conspiring with the WHO to allegedly tone down the scale of the epidemic. Using the accusations as a pretext, Washington pulled the plug on its donations to the global health body and mulled punishing Beijing with economic measures.

Chinese authorities vehemently deny Washington's accusations calling them untrue. The WHO said it regretted the US decision pointing out its poor timing amid the ongoing efforts to stop the pandemic.