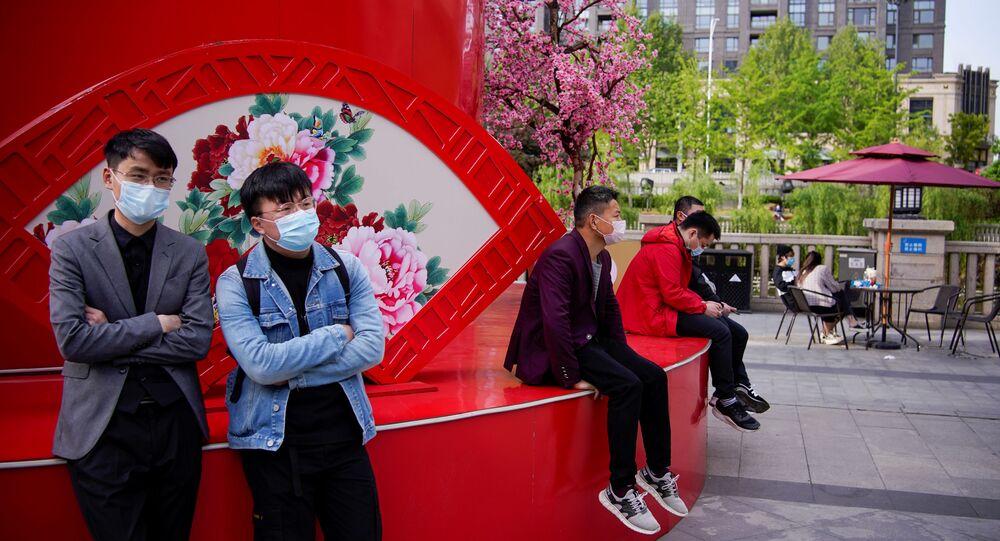 The US earlier alleged China had initially concealed the actual scale of the epidemic, thereby preventing other countries from undertaking due measures to stop the healthcare crunch from spiralling out of control.

The Chinese government has been “transparent, open, and swift” in its response to the coronavirus outbreak, Beijing’s ambassador to the United Kingdom Liu Xiaoming pointed out, warning against “blaming” and “bullying” at this tumultuous time.

The United States thinks “they can bully China, they think they can bully the world", he noted, as cited by Reuters, in an online news conference with a member of Britain's House of Lords, further addressing the US-WHO controversy:

"If WHO [the World Health Organisation] do not act in their way, they stop supplying, they stop support. They criticise WHO to be China-centric, that’s not right".

Liu then drew parallels between the way the US is acting vis-a-vis China and 19th-century colonial wars.

He blasted what he referred to as loads of “disinformation” about an alleged cover-up by the Chinese government, dismissing the US approach to China as its enemy.

"If they regard China as an enemy they chose the wrong target", he summed up, arguing that “this is not true” about the nation supposedly “hiding something".

“The Chinese government was transparent and very quick to share data", he recounted China’s steps after the local flare-ups, detailing that his country swiftly notified WHO “four days later, and shared information seven days later with the Americans".

When asked if China would allow investigators to access data and witnesses for any future international inquiries, he stressed that it would be up to the WHO, China Daily reported.

The US has repeatedly accused China of underreporting the scale of the novel virus spread across the country and the number of those infected, with Trump flogging the group  for "so much death [...] caused by their mistakes".

Most recently, Donald Trump froze funds that have been flowing to the WHO from the US, the global healthcare watchdog’s primary donor over allegations that the WHO is dancing to China’s tune.

He earlier referred to the highly contagious SARS-CoV-2 as a "the Chinese virus", triggering an exchange of blows with Beijing, with the latter claiming the virus had been intentionally devised in American laboratories to target the second biggest economy. Washington, for its part, said it has been investigating opposing reports - that the coronavirus allegedly escaped a Wuhan laboratory.

China asserted the outbreak in Wuhan had to do with a “wet” slaughter market, in tune with one of the two main theories about the origin of the virus: the first is that a bat-origin pathogen infected an animal at the market and was subsequently passed on to humans, whereas the other hypothesis is that it leaked out of a Wuhan lab where it was being studied, with reports claiming China had conducted extensive research into bat coronaviruses under "questionable" security.