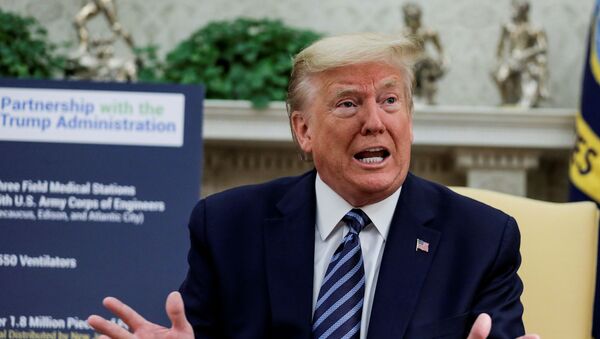 Tim Korso
All materials
The US has repeatedly accused China of being responsible for the worldwide spread of the coronavirus, while presenting no evidence to support their claims.

Germany's Federal Intelligence Service (BND) is having doubts regarding Washington's claims that the coronavirus originated in a Chinese laboratory, German magazine Der Spiegel reported. The country's government has not commented on the report yet.

According to the magazine, the BND requested information supporting these claims from the "Five Eyes" intelligence alliance. The latter includes the US, UK, Canada, Australia, and New Zealand. However, none of the countries' spy agencies was ready to confirm the accusations, spread by US officials, namely POTUS and the secretary of state.

Der Spiegel claims that the BND interpreted this silence as a reason to doubt the allegations made by American politicians. The magazine added that right now the German spy agency believes these claims were made up to divert the public's attention away from the US government's apparent failure to cope with the coronavirus outbreak.

The report by the German magazine comes in light of continuing accusations by US President Donald Trump, who claimed China was responsible for releasing the virus while failing to provide any proof of that despite multiple requests to do so. Beijing vehemently denies Trump's accusations.

'Somebody Was Stupid': Trump Doubles Down on Claims That COVID-19 Leaked From Wuhan Lab

Secretary of State Mike Pompeo recently extended partial support for these accusations mulling that the virus could have originated in a laboratory. He, however, stated that the US is "still figuring out precisely" where the coronavirus outbreak began.