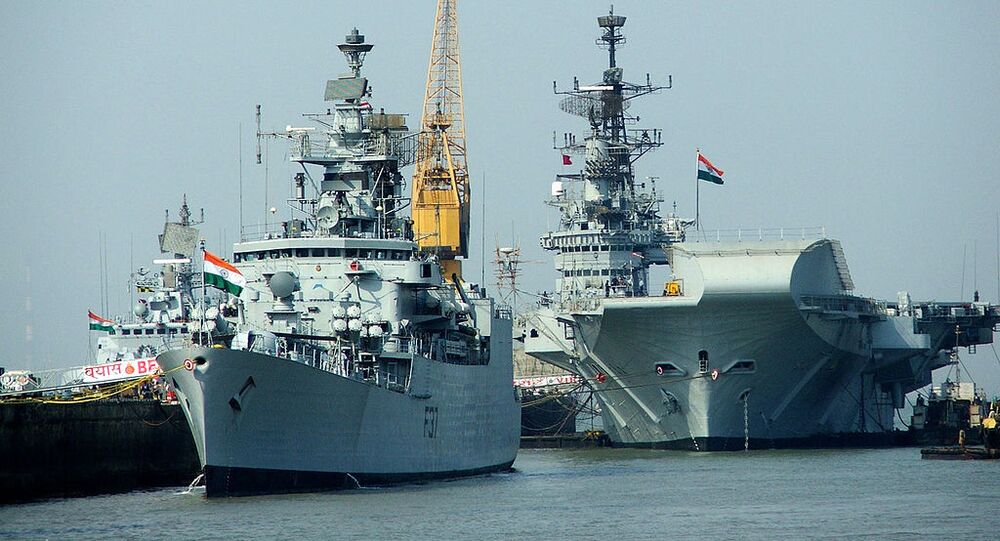 New Delhi (Sputnik): India has been working closely with the Gulf states to repatriate its thousands of migrant labourers stranded abroad amid the coronavirus pandemic.

India has sent three naval warships on Monday night to evacuate migrant labourers stranded in the Maldives and UAE due to the COVID-19 pandemic.

The INS Jalashwa, INS Magar, and INS Shardul departed for the Maldives and the Persian Gulf states on Monday night. The three ships will return to the city of Kochi in the southern Indian state of Kerala.

The first wave of repatriation will bring back around 1,900,000 people from the UAE, which is home to 3.4 million Indians. The numbers may increase by half a million by the end of the second phase.

A total of 14 warships have been readied for evacuating Indian citizens from the Gulf states and other countries, stated Indian Navy officials.

"Indian Embassies and High Commissions are preparing a list of distressed Indian citizens. This facility would be made available on a payment basis. Non-scheduled commercial flights would be arranged for air travel. The travel would begin in a phased manner from May 7," stated the Ministry of Home Affairs.

📌Repatriation of Indians in Maldives!

*1st phase begins on 8 May from Malé to Kochi by Indian Naval ship
*1st lot to include 700
*HCI is reaching out to Indians who wish to travel on Compelling Grounds (medical emergencies,pregnancy,stranded tourists,job-lost migrant workers)

The Indian government has also prepared to evacuate its citizens from Iran, the USA, the UK and Malaysia in the second phase, as Indian missions across the world are already preparing a list of distressed citizens.

All the evacuees would be quarantined for 14 days on a payment-basis by the concerned national government.

Sources told Sputnik that people who were laid off or fired from their jobs will get priority in the evacuation process. Indians living on short-term visas will also be considered for the evacuation.

The Indian government brought back over 2,400 citizens from China, Japan, Iran and Italy in the first two weeks of March.

During the 1990 Gulf War, India conducted the world's largest evacuation process to repatriate its 170,000 civilians from Kuwait. Over the course of two months, India has sent 500 flights to conduct the operations.

As per the latest data available from Johns Hopkins University, the global death toll from the novel coronavirus disease (COVID-19) has surpassed 251,000 with 68,634 deaths in the US alone.