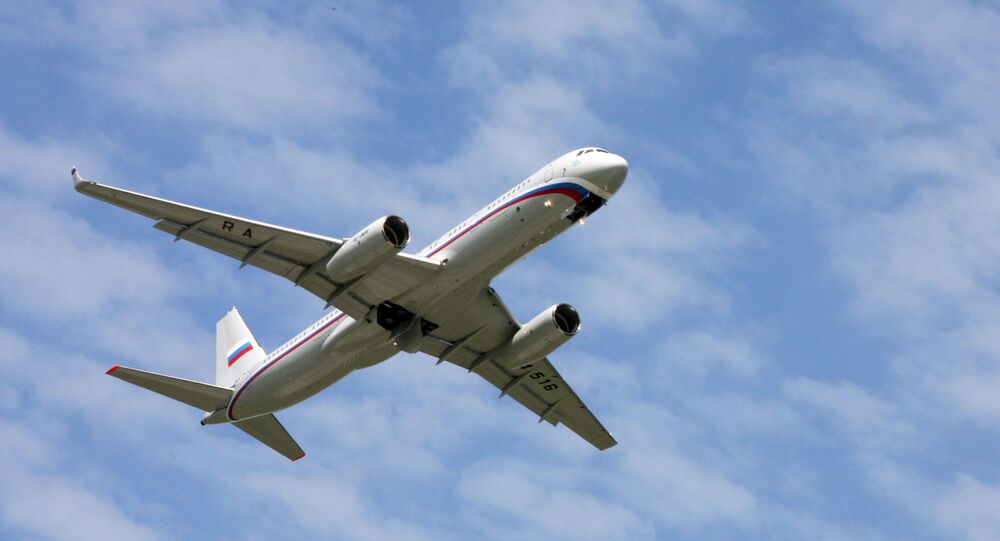 Over the past year, there have been several reports indicating that Washington is considering withdrawing from the Open Skies Treaty after having already undermined global strategic stability by abandoning the Intermediate-Range Nuclear Forces (INF) Treaty in 2019 and stalling talks on prolonging the New START agreement.

US envoy to Russia John Sullivan has stated that Washington is considering a variety of options for continuing the country's participation in the Open Skies Treaty and on how to force Russia to abide by the agreement - which the US claims Moscow is violating. The ambassador claimed that the US will be re-evaluating the treaty's benefits under the new circumstances and has "all options" on the table.

Sullivan confirmed that the country has not yet withdrawn from the agreement, noting, though, that flights over the US will be cancelled in May as they were in April due to the COVID-19 outbreak.

While the envoy said that Washington was mulling "all options", which potentially include withdrawal - the possibility of which was first reported back in November 2019, US Congressmen Adam Smith, Eliot Engel, Jack Reed, and Bob Menendez have expressed their strong opposition to leaving the accord. Russia's Foreign Minister Sergei Lavrov, in turn, slammed the US claims of Russian violations of the treaty as "baseless", promising that the Kremlin would respond to a withdrawal accordingly, but did not go into details.

The envoy accused Russia of not complying with the Open Skies Treaty, recalling its refusal to grant permission for a flight in September over an area where the "Centre-2019" war games were taking place at the time. Washington ignored Moscow's justifications that it could not guarantee the safety of the observation team flying over a zone of active military exercises - an acceptable reason for refusing a flight, according to the text of the treaty.

In the past, the White House has accused Russia of other purported violations, such as a ban on flights within 10 kilometres of the borders of the partially recognised republics of Abkhazia and South Ossetia, as well as limitations on the observation flight distance over the Russian exclave of Kaliningrad.

Moscow explained at the time that both Abkhazia and South Ossetia are not members of the treaty, but that their territories could be spied on by means of flights formally conducted over Russian territory by allies of Georgia - a country that engaged in unprovoked aggression against the two then breakaway Georgian regions and their populations in 2008. The Kremlin also indicated that the limitations on flights over Kaliningrad were dictated by the location of airfields and the provisions of the treaty itself.

Russia, in turn, noted that its observation teams have also faced trouble when carrying out their duties over the US. Namely, the US has limited low altitude flights in certain areas citing national regulations and restricted Russian planes when approaching the Aleutian Islands. At the same time, the treaty doesn't include any provisions allowing for flights to be limited based on national laws, but rather requires that the entire territory of a state be observable by flight teams unless something threatens their safety.