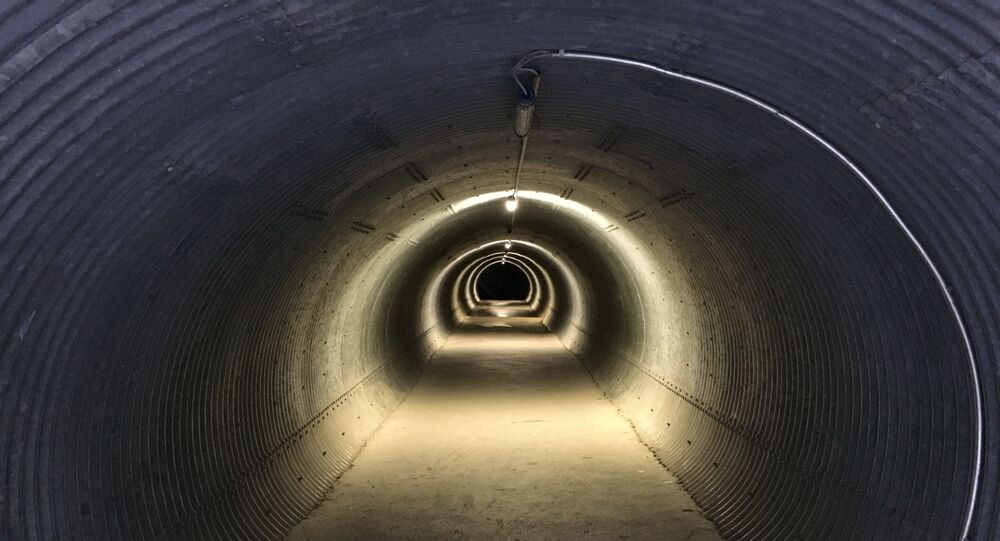 With only 1,440 cases of coronavirus reported and early lockdown measures introduced, New Zealand has been seen by many as a safe space to wait out the current health crisis, even if it means spending some time underground.

American bunker-manufacturing companies are facing a growing demand for their products during the coronavirus pandemic, with many US citizens making their move to previously installed-shelters in New Zealand or asking to build new ones, Bloomberg reported.

According to Gary Lynch, general manager of Texas-based Rising S Co, which specialises in the manufacture of steel bunkers, his company recently got a call from a Silicon Valley executive who lives in New York but had previously installed the survival shelter in New Zealand. The customer, whose name remains confidential, wanted to verify how to enter his underground bunker on the island in order to escape the coronavirus pandemic in New York.

“He wanted to verify the combination for the door and was asking questions about the power and the hot water heater and whether he needed to take extra water or air filters”, Lynch explained. “And as far as I know, he’s still there”.

The company has installed around 10 private multi-million-dollar shelters in New Zealand in the last couple of years, as many wealthy Americans saw the green island as a perfect destination in case of any apocalyptic events. Another underground shelter network company Vivos has already installed a spacious 300-person bunker in the South Island, near the city of Christchurch, according to its founder Robert Vicino, who says that he recently got some calls from potential clients who were eager to obtain their own bunkers on the island.

“Obviously the coronavirus is making people realize how vulnerable we all are, but what people are really concerned about is the aftermath”, Vicino said, while suggesting that many rich people were now scared of economic collapse and the rise of looting, and were therefore looking for options to defend themselves and their homes, even if it involved moving to another country.

According to Vicino’s previous interview to The New York Post, sales for underground shelters are up by 400 percent this year. He said that more than 20 families have already moved into a South Dakota-based former military bunker in the US, which can accommodate up to 5,000 people. The company has also built a 80-person shelter in Indiana, while their rivals Rising S Co were currently constructing another steel bunker in Texas.

#COVID19
Demand for doomsday bunkers skyrockets in the US. The rich worry of chaos and lawlessness

However, New Zealand has remained the dream escape destination for many Americans, even for those who were simply aiming for an average house. New Zealand-based real estate agent Graham Wall said he had received several requests from wealthy US citizens in the last couple of weeks, who were willing to buy a property on the island.

“They have all said it looks like the safest place to be is New Zealand right now”, the agent explained, as quoted by Bloomberg. “That’s been a theory since before Covid-19”.

However, following an executive order from the New Zealand government back in August 2018, foreigners cannot buy existing homes in the country, but still can rent a property or apply for investor visa to obtain residency.