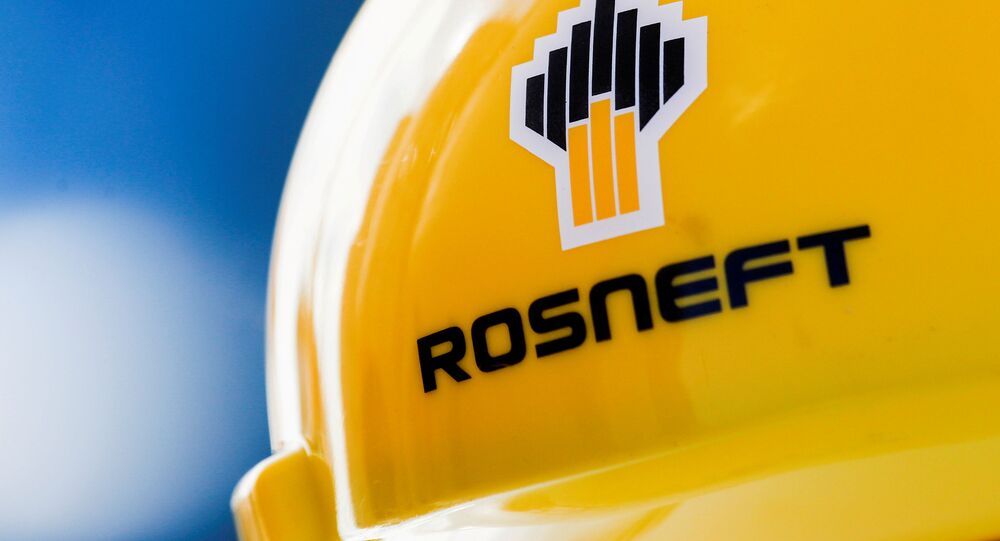 WASHINGTON (Sputnik) - The US Department of the Treasury’s Office of Foreign Assets Control (OFAC) is engaged in an "active deliberation" of the Russian oil company Rosneft's decision to sell its assets in Venezuela, OFAC Director Andrea Gacki said on Friday.

"These reports on Rosneft’s acquisition or deal with PDVSA as well as the upcoming authorization extension for US companies that operate on Venezuela, those items remain under active deliberation," Gacki said when asked about the Treasury Department’s position on Rosneft’s divestment of Venezuelan assets to a Russian holding company.

Asked further whether the Russian holding company will be a target for US derivative sanctions, Gacki said, "When OFAC takes action you will know about it, but I cannot speak to it as of this time."

In March, Rosneft said that it was stopping all activities in Venezuela and selling all of the relevant assets to a company fully owned by the Russian government for which the company will receive 9.6 percent of its own shares.

In February, the United States introduced sanctions against Rosneft subsidiary Rosneft Trading and accused it of supplying Venezuelan oil to foreign markets and thus supporting Venezuela’s government. Washington considers the Venezuelan government of President Nicolas Maduro as not being legitimate.

On 12 March, the United States also sanctioned another subsidiary, TNK Trading, claiming it was moving oil instead of the previously sanctioned Rosneft Trading.

In a separate development, the US Treasury Department said it was in talks with interagency partners on possible allowances for support services that may be needed to get humanitarian aid to Venezuela.

"It’s something I think OFAC working with our interagency partners, we need to study," Gacki said at a briefing. "It is something that we are looking at. In terms of delivering humanitarian aid to the Venezuelan people, are there other allowances we need to make sure that the aid gets to them."

The US has in recent months ratcheted up sanctions on Venezuela as part of its campaign to oust President Nicolas Maduro and install opposition leader Juan Guaido as his successor. Maduro has accused Guaido and Washington of collaborating to orchestrate a coup to take control of Venezuela's resources.

In late March, the permanent UN representatives of Russia, China, Syria, Cuba, North Korea, Iran, Nicaragua, and Venezuela sent a letter to Secretary-General Antonio Guterres calling for the lifting of unilateral sanctions on several countries amid the global pandemic. However, a Russian-drafted General Assembly resolution calling for solidarity and global sanctions relief was blocked by the US, EU, UK, Ukraine, and Georgia.