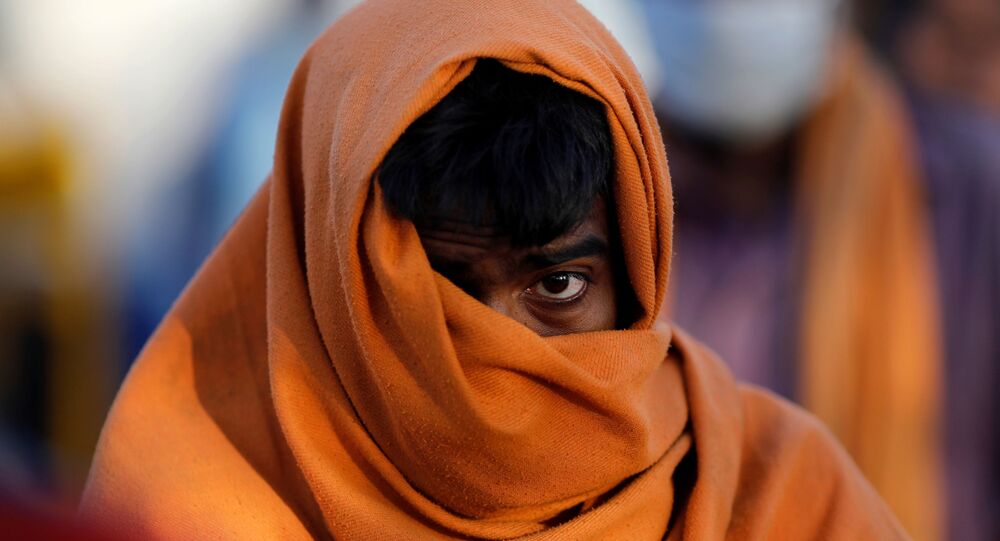 New Delhi (Sputnik): A 21-day-long strict lockdown in India to contain the COVID-19 infection has forced people to remain confined at home, except when attending to emergencies. This has increased depression and anxiety, as Russians are battling the fright generated by the disease on the one hand and social distancing on the other.

With lockdown becoming a new normal in countries throughout the world, India’s leading digital healthcare platform, Practo, has  revealed that there has been a steep rise of 50 percent in online queries for psychiatry, which is increasing at a rate of 100 percent week on week.

The data released by Practo revealed that most of the queries were from people in the 21-30 age group.

A significant increase in the queries was also seen in people aged 60 and older. The age group most vulnerable to COVID-19, was the second-largest group in terms of mental health queries, only behind people in the 21-30 age group.

Males remained the most concerned by mental health, as 74 percent of them sought help through the platform during the lockdown, as compared to women, for which the figure was 26 percent.

“Queries on mental health grew 80 percent in the metro cities in the last two weeks while consultations in tier 2+ cities grew by 35 percent,” stated the e-health advisory.

Globally, the COVID-19 positive cases have crossed 1 million mark, with over 50,000 deaths. The most affected countries remained the US, Italy, Spain and France, outperforming China, where the virus first emerged and 3,300 people died.

India has a total of 2,301 confirmed cases of Coronavirus with 56 deaths as of 3 April, according to federal Health Ministry data. The most affected states remained Maharashtra(335), Kerala(286), Tamil Nadu (309) and Delhi (219).