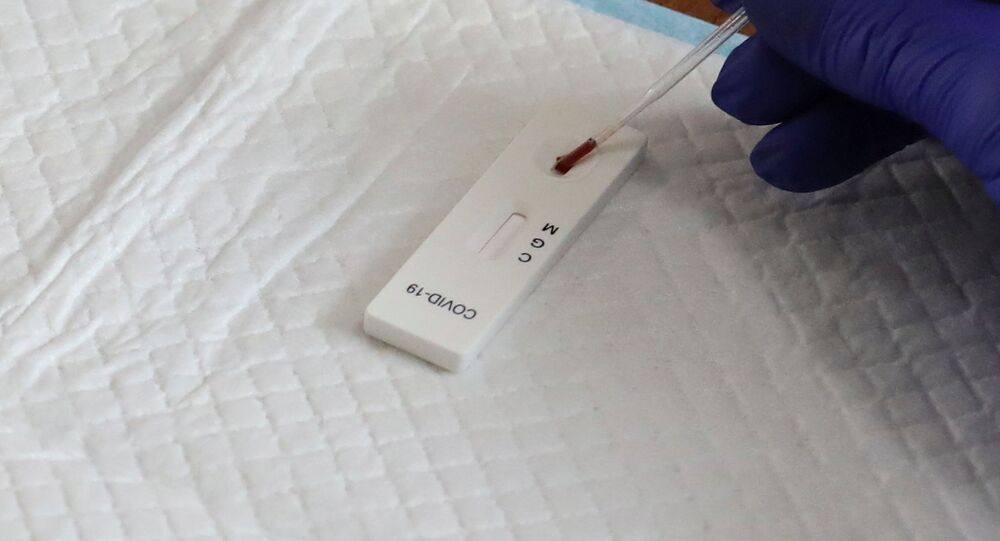 Cost of Your Health: How Much Do Clinics in US, EU and Russia Charge for COVID-19 Tests?

The coronavirus pandemic has spread to almost every corner in the world, but some countries have managed to halt its transmission better than others, with China apparently stopping it for good.

Fighting COVID-19 has become a priority task for many countries of the world in the last two months, but tests for the novel disease have become one of the main obstacles for attempts to contain the pandemic. The lack of knowledge about which regions of a country have been affected by the coronavirus has arguably prevented authorities from introducing timely quarantines and other measures to prevent it from spreading further.

While in some countries the availability of tests has been the main issue, in others people have had second thoughts about whether they should be tested due to the exorbitant prices for them. Here is how much they cost in the US, UK, EU, and Russia and how the respective governments are handling the matter:

The cost of COVID-19 tests in the US, including a visit to a doctor, is currently covered by either private insurance companies or by government programmes such as Medicare and Medicaid after the Congress passed respective legislation in the second half of March.

It's still unclear, however, whether the law covers low-grade insurance plans or tests for people without any insurance. Clinics were charging people for such tests as off-plan costs before the legislation was passed, at the early stages of the outbreak in the US.

Government agencies say that the price of a standard test varies between $36 and $51, but private companies can charge more. For example, a private drive-through testing centre in Miami Beach charged as much as $125 per test, sparking debate on introducing regulation to gouge prices.

Canada has from the start been offering both free of charge swabs for the coronavirus and treatment for those who test positive. As of 30 March, the country had reported a total of 6,320 cases of COVID-19 infections.

The UK has faced major issues with the availability of tests, something that has led to a surge in the price of tests given the high demand. Private companies and clinics in the UK are now reportedly offering to perform these tests at prices ranging from £120 ($149) to £375 ($434) each, while the production cost of a single COVID-19 test reportedly doesn't exceed $12.

France offers free coronavirus tests to its citizens, but these are conducted only with a prescription from a doctor. This means that if a person has not yet developed any symptoms or has only mild ones, their request for a free test might be declined. Private laboratories in France run swabs for the novel coronavirus for around $250 each.

The Swiss government has offered to cover 90% of a test's cost up to a maximum of $292 for those with insurance. People who lack the latter will have to pay between $270 and $1,042 themselves, according to the newspaper Le Temps.

Swabs for the coronavirus infection cost around 200 euros ($220) in Germany in early March, when the disease had only started to spread, but were covered by insurance - if a person had one. Authorities in Berlin currently say that the price of one test is 59 euros ($65) and that it is covered by either an insurance company or by a health office for German citizens.

Ever since the start of the outbreak, the Russian healthcare system has offered free tests for COVID-19, but has only run them on people who have either developed symptoms of the disease or visited countries where there are outbreaks.

Since last week, some private clinics and labs in Russia have also started performing paid tests for anyone who wants. The price tag varies from as little as $7.51 to $25 per test, including a visit to a doctor. One clinic offers to run tests at people's homes, so that they don't have to go outside and risk contracting the virus, for $63.20.

Situation of COVID-19 Outbreak Around World

Russia reported 1,836 COVID-19 cases by 30 March, although the number of new cases reported per day has recently been rising. In a bid to stop the pandemic, authorities in the most affected city, Moscow, have introduced quarantine measures, asking citizens to stay indoors except to go out for absolute necessities.

The US along with several European countries such as Italy, Spain, France, the UK, and Germany remain the most affected by the pandemic globally. The US' CDC reported 122,653 confirmed and presumed cases of infection in the country as of 29 March. The number of cases in the UK stands at 22,141, while in Germany the number has reached 57,298, according to the countries' health ministries as of 30 March. Italy leads in Europe in terms of the number of cases with 92,472 infections, while Spain is second with 72,248, according to the World Health Organisation.