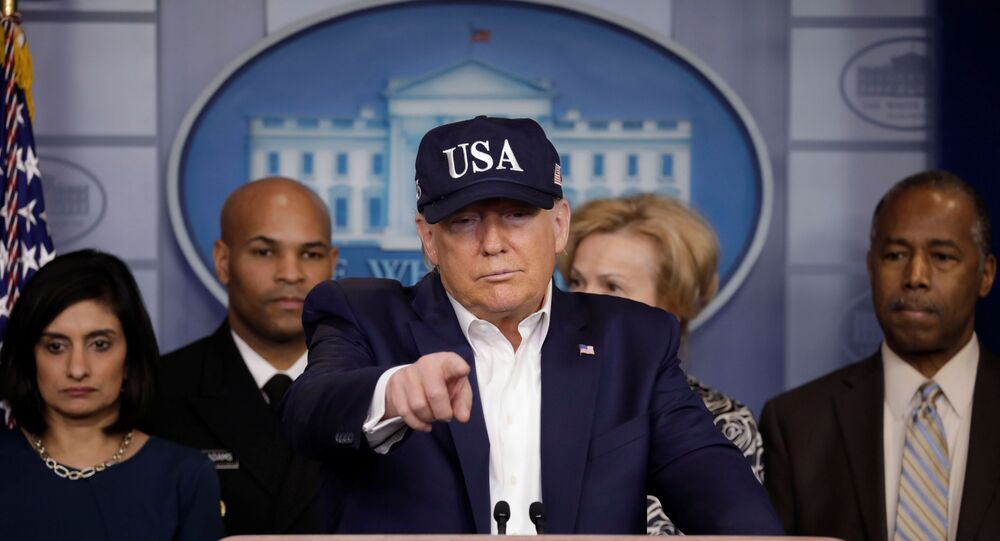 The news comes as the Wuhan coronavirus (COVID-19) spreads to over 130 countries and territories, currently infecting more than 156,000 people and with over 5,800 dead worldwide, prompting the World Health Organization to declare it a global pandemic.

US President Donald Trump is said to be trying to track down German scientists working on developing a pilot vaccine against the COVID-19 coronavirus, in an attempt to obtain an exclusive license in the United States, according to local German media.

According to Die Welt, citing a source close to the German government, such a vaccine would be “only for the United States”, although Germany is trying to present its offers to CureVac, a biopharmaceutical company working on the vaccine, based in Germany’s state of Thuringia.

CureVac, with branches in Germany’s Frankfurt and Boston, Massachusetts in the US, is currently working on the project with the Paul-Ehrlich Institute, a subordinate to the Federal German Ministry of Health, according to the report.

On 2 March, CureVac said in a press release that the company’s CEO Daniel Menichella had been invited to the White House to discuss the development and production of the coronavirus vaccine with Trump, Vice President Mike Pence and members of the White House Coronavirus Task Force. The press release did not reveal whether the Trump administration made any financial offers.

“We are very confident that we will be able to develop a potent vaccine candidate within a few months,” Menichella said at the time, according to the release.

Menichella served as the director of CureVac’s US subsidiary before being appointed as the company's chief executive officer in 2018.

On 11 March, Menichella left his post as the company’s director and was succeeded by Ingmar Hoerr, the founder of CureVac. It is unclear whether the move was connected to the White House meeting.