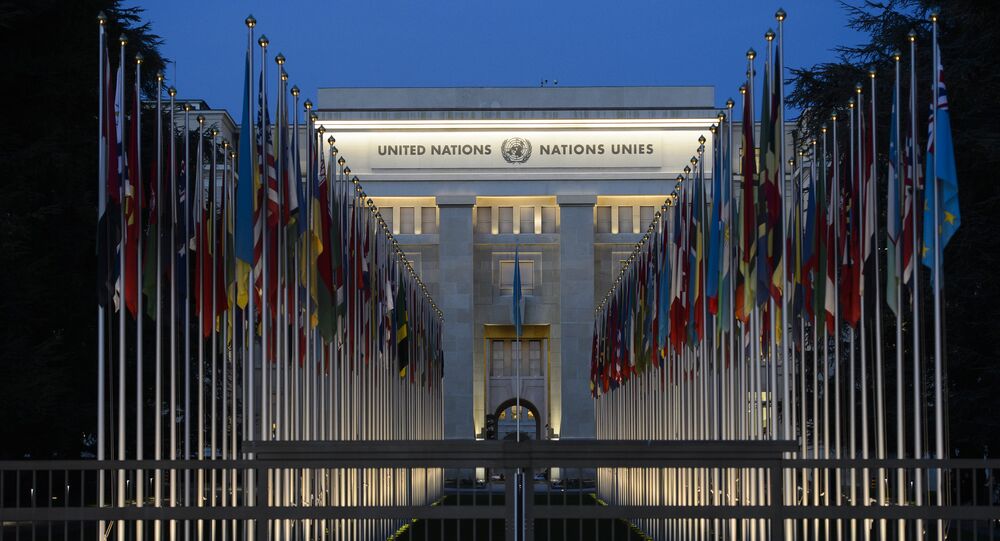 GENEVA (Sputnik) - The United Nations Geneva Headquarters will be temporarily shut down after one employee was tested positive for coronavirus infection, the Palace of Nations press office said Saturday.

"After some COVID-19 cases have been confirmed at international organizations in Geneva, including one at the Palais des Nations, from 16/3 all UN staff based at the Palais will be working remotely unless their physical presence in the building is deemed necessary", UN Geneva said in a statement.

According to UN Geneva Communications Director Alessandra Vellucci, the employee in question had not appeared at the Palace of Nations since 6 March and did not display any symptoms before then.

© REUTERS / Arnd Wiegmann
Switzerland Confirms First Death From Coronavirus-Related Complications
Earlier this week, the World Trade Organisation announced that one staff member was confirmed to be infected with COVID-19, prompting the organiыation to take similar measures and suspend all meeting until at least 20 March.

As of Saturday, Switzerland has more than 1,300 confirmed coronavirus cases with at least 13 deaths as a result.

On 13 March, the World Health Organisation declared Europe to be the new epicentre of the virus’ spread, as Italy has gone into nationwide lockdown and all of Spain, France, Germany and the United Kingdom are gearing up for an explosion of cases.