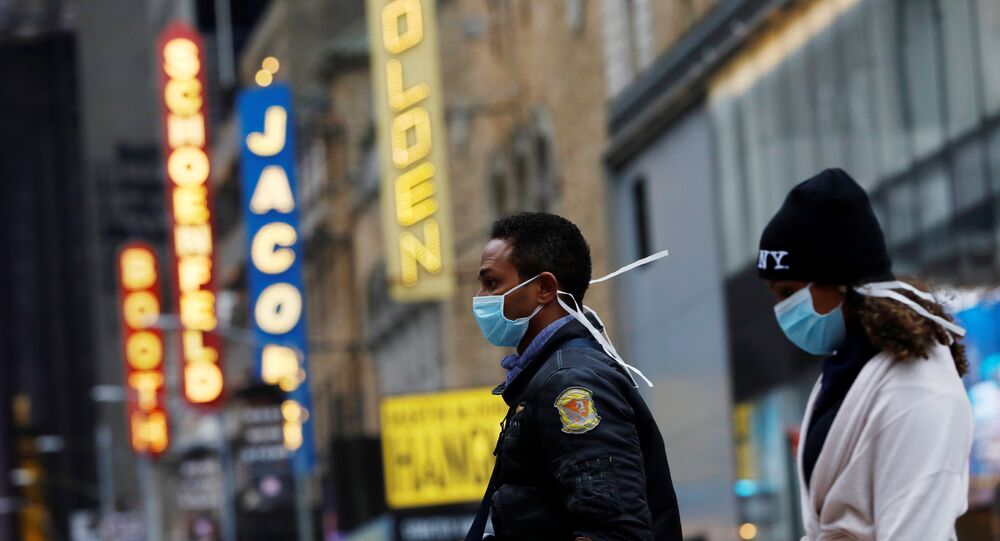 WASHINGTON (Sputnik) - The total number of confirmed coronavirus cases in the United States as of Saturday stands at 2,226 with 532 new cases, but the US has not yet reached its peak, Anthony Fauci, director of the National Institute of Allergy and Infectious Diseases, said at a briefing in the White House.

"We have not yet reached our peak. Now, we will see more suffering and death predominantly … among the vulnerables in our society… but built in that is a challenge, and the challenge is that we still have the opportunity to influence the course of that curve", Fauci told reporters at the White House briefing room.

Fauci went on to applause Trump’s decision to declare a state of emergency which he said effectively meant "all systems go" with regards to tackling the virus’ spread.

The United States has banned entry to people from 26 European countries this week in a bid to contain the epidemic. Vice President Mike Pence said restrictions will also be imposed on flights from the United Kingdom and Ireland, starting Monday.

© Sputnik / Alexey Nikolsky
All US Flights From UK, Ireland to Stop Monday Night - Pence
Trump declared a state of emergency in the United States on 13 March which he said would free up about $50 billion in disaster relief funds to counter the virus’ spread.

The World Health Organization has declared the COVID-19 outbreak a pandemic. The total number of confirmed cases worldwide has surpassed 137,000, with a death toll of more than 5,000. More than 69,000 people have recovered from the disease.