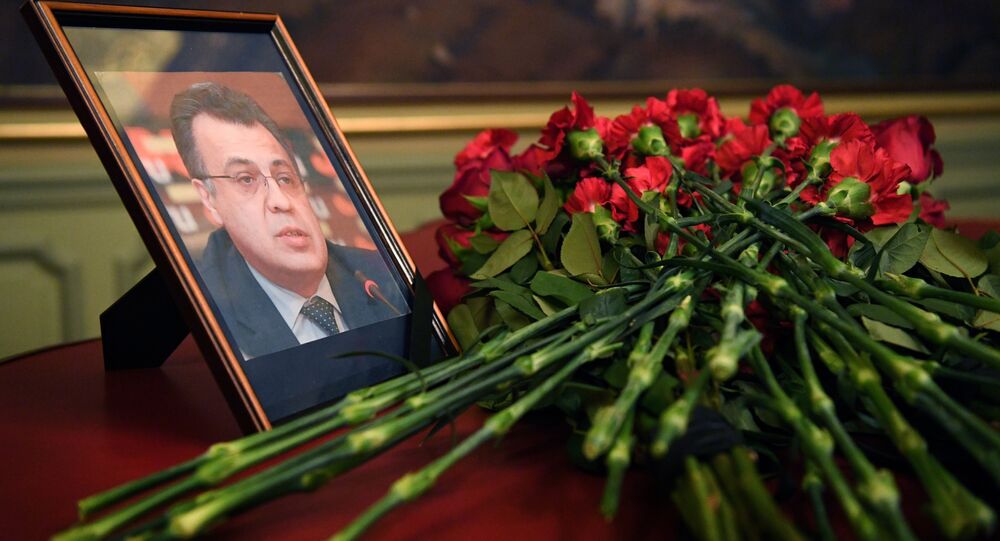 Russian Ambassador Andrei Karlov was shot by an off-duty Turkish police officer, Mevlut Mert Altintas, at the opening of an art gallery exhibition in Ankara on 19 December 2016. The attacker was killed at the scene by the police shortly after the assassination.

The prosecution has asked for a life sentence for 8 of the 28 suspects in the murder of the Russian envoy while asking 15 years in prison for five others. The authorities also asked to acquit six accused and conduct a separate trial for 9 others, who are wanted at the moment.

The Kremlin, while commenting on the hearing, stated that Russian authorities hope the people behind the assassination will be punished.

"We are watching the case closely. And we want to be certain that those who ordered and carried out the killing of the Russian ambassador to Turkey will be found and punished, identified and punished according to the law", presidential spokesman Dmitry Peskov said.

The next hearing, where the defence will address the court is expected to take place on 31 March.

The indictment says that the attack on the diplomat was organised by the Gulen movement, which Ankara refers to as the Fethullah Terrorist Organisation (FETO) and accuses of orchestrating a failed coup in July 2016. According to the document, Karlov's death was a provocation aimed at damaging ties between the two countries.

During the initial hearing, all of the suspects denied they were linked to the murder.

Karlov was shot dead by Mevlut Mert Altintas, an off-duty Turkish police officer, at the opening of an art gallery exhibition called "Russia from Kaliningrad to Kamchatka through the eyes of a traveller" in Ankara on 19 December 2016. The perpetrator was killed at the scene by the police.