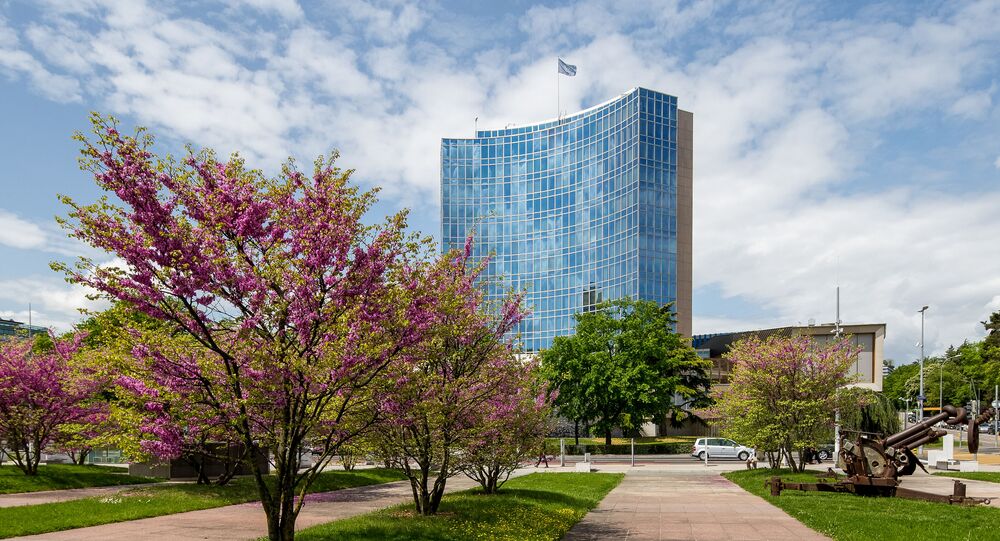 The news comes as the US envoy to the United Nations travels with a delegation to attend the voting process on Wednesday, in a bid to counter China's rising clout in the institution, who currently leads four out of fifteen UN agencies.

US officials are lobbying 83 member states in the World Intellectual Property Organisation to persuade them not to vote for Chinese frontrunner Wang Binying in a final attempt to block Beijing's rising influence, a senior official has told Financial Times.

The Trump administration is throwing its weight behind Singaporean candidate and challenger to Wang Binying, Daren Tang, FT reported.

China's support for Ms Wang, a former trademark official for Beijing aiming to become WIPO director-general, “reflects its broader strategy to increase its influence in international organisations and to gain control over the United Nation’s standards-setting bodies”, the official said, adding that Beijing's efforts aimed to reshape the institution to "accommodate its political and economic interests".

The UN's appointment of a Chinese official to lead the Food and Agriculture Organization (FAO) last year was a "wake-up call" to Washington, a US State Department official said as quoted by FT.

Chinese ambassador to London, Liu Xiaoming, responded to US allegations by writing a letter to FT denying that China "steals" intellectual property.

Former WIPO chief information officer Wei Lei said that many member states in Europe were "wavering" in support for Mr Tang because other candidates had more experience.

The news comes after Chinese foreign ministry spokesperson Zhao Lijian slammed Washington for making the voting process an "immoral" political game to smear China, with a US official replying that Beijing was resorting to "intimidation, coercion and threats".

Mr Zhao also blasted US officials for limiting the number of US-based employees working for several Chinese media outlets to 100, including CCTV and China Daily, slamming the move as a "Cold War mindset".

US secretary of State Mike Pompeo said at the time the motion was in response to Chinese authorities revoking press credentials for three Wall Street Journal journalists over a "racially discriminatory" article.

News on China's alleged abuse of intellectual properties comes as US senators passed a bill allocating $1bn for small telecom providers to "rip and replace" infrastructure containing telecoms equipment from Huawei and ZTE.

But Andy Purdy, Huawei chief security officer in the US, roasted Washington's policy towards the Chinese telecoms giant as the "wrong approach" at a major cybersecurity event in California this month.

US officials placed Huawei, ZTE and over 70 Chinese tech firms on an entities list in May last year, citing concerns that such companies were spying on behalf of the Chinese government.

But the claims have been sharply and repeatedly denied by both Huawei and Beijing, and further US allegations have been voiced despite reports that Washington used a Swiss encryption firm to allow the CIA to spy on over 120 nations worldwide.

Too Little, Too Late: Why the US is Losing to China in Africa