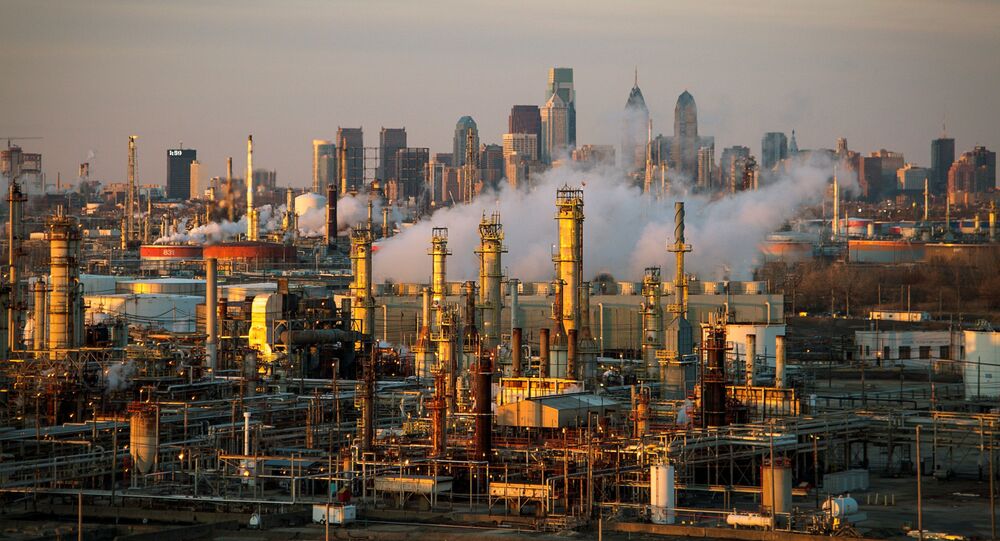 In 2017, the US left the Iran nuclear deal and subsequently reinstated all previous sanctions against Tehran including on the nation’s oil industry. Russia’s Ministry of Economic Development earlier said that this factor could have largely contributed to the rise in popularity of Russian oil worldwide.

Exports of Russian crude oil to the United States and Great Britain increased more than two-fold in 2019 in comparison to the previous year, Russian media reported, citing data from the Federal Customs Service of Russia (FCS). This echoes a previous statement by Russia’s Ministry of Economic Development who said that the country managed to significantly increase its global exports of crude oil, mainly due to American sanctions against Iran and Venezuela.

According to the FCS, Russia exported 4.7 million tonnes of crude oil to the US in 2019, which was 2.6 times more than the previous year. Per the agency, this amounted to $2.2 billion in revenue for the country, adding this was 2.4 times more than in 2018. The department also noted the price of Russian oil has dropped significantly in 2019.

Data from the US shows even higher figures, suggesting that around 6 million tonnes of crude oil were imported from Russia in 2019. The difference may be explained by the fact that the US usually counts imports of all crude oil originating from the country of origin, even if it comes via other states.

The trend was similar in Great Britain, which imported twice as much Russian crude oil in 2019 than in 2018, jumping from  0.98 million to 2.4 million tonnes.

© CC0 / Schmucki
Trying to Drive Wedge Between? US Offers Belarus Oil as Country Negotiates Its Supplies With Russia
London has, meanwhile decreased its petroleum imports from Algeria and Nigeria.

Russia’s Ministry of Economic Development believes it is the sanctions against Iran re-imposed in November 2018 and those imposed on Venezuela in 2019 that explain the rise in popularity of Russian oil among Western countries. Some experts, however, note it is actually the attractive prices that explain the new trend. In 2018, the US bought Russian crude oil for $70.5 per barrel in comparison to only $62.8 per barrel in 2019.