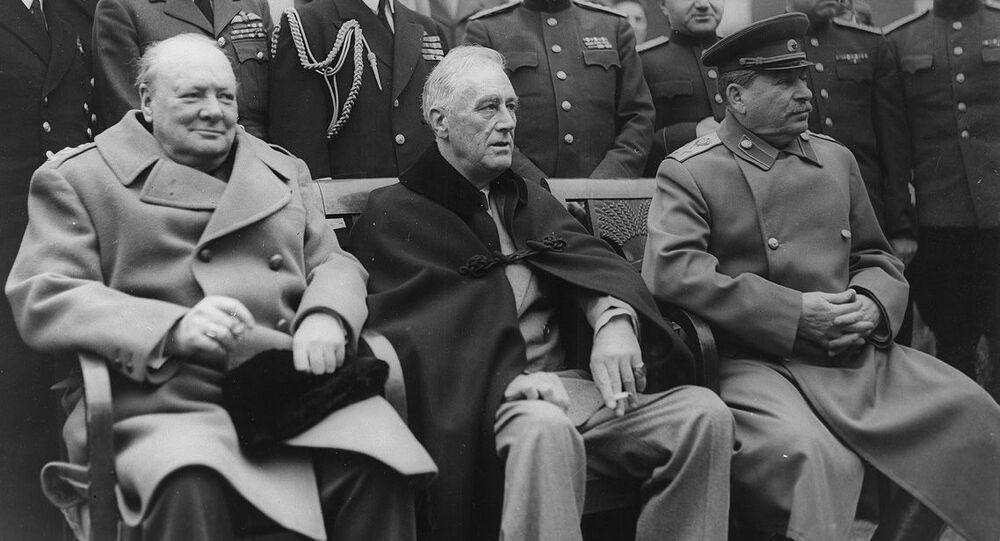 The Yalta Conference was held in Crimea in February 1945, where the leaders of the Soviet Union, the US and the UK sat down for talks to discuss the post-WWII future of Germany and the rest of Europe.

The Russian Ministry of Defence (MoD) has declassified a raft of archive documents pertaining to the preparations for and the holding of the Yalta Conference on the eve of the 75th anniversary of the event.

The gathering, which took place in then-Soviet Black Sea resort of Yalta in Crimea between February 4 and February 14, 1945, was attended by Soviet leader Joseph Stalin, US President Franklin D. Roosevelt and British Prime Minister Winston Churchill. The three discussed the future of post-WWII Europe. 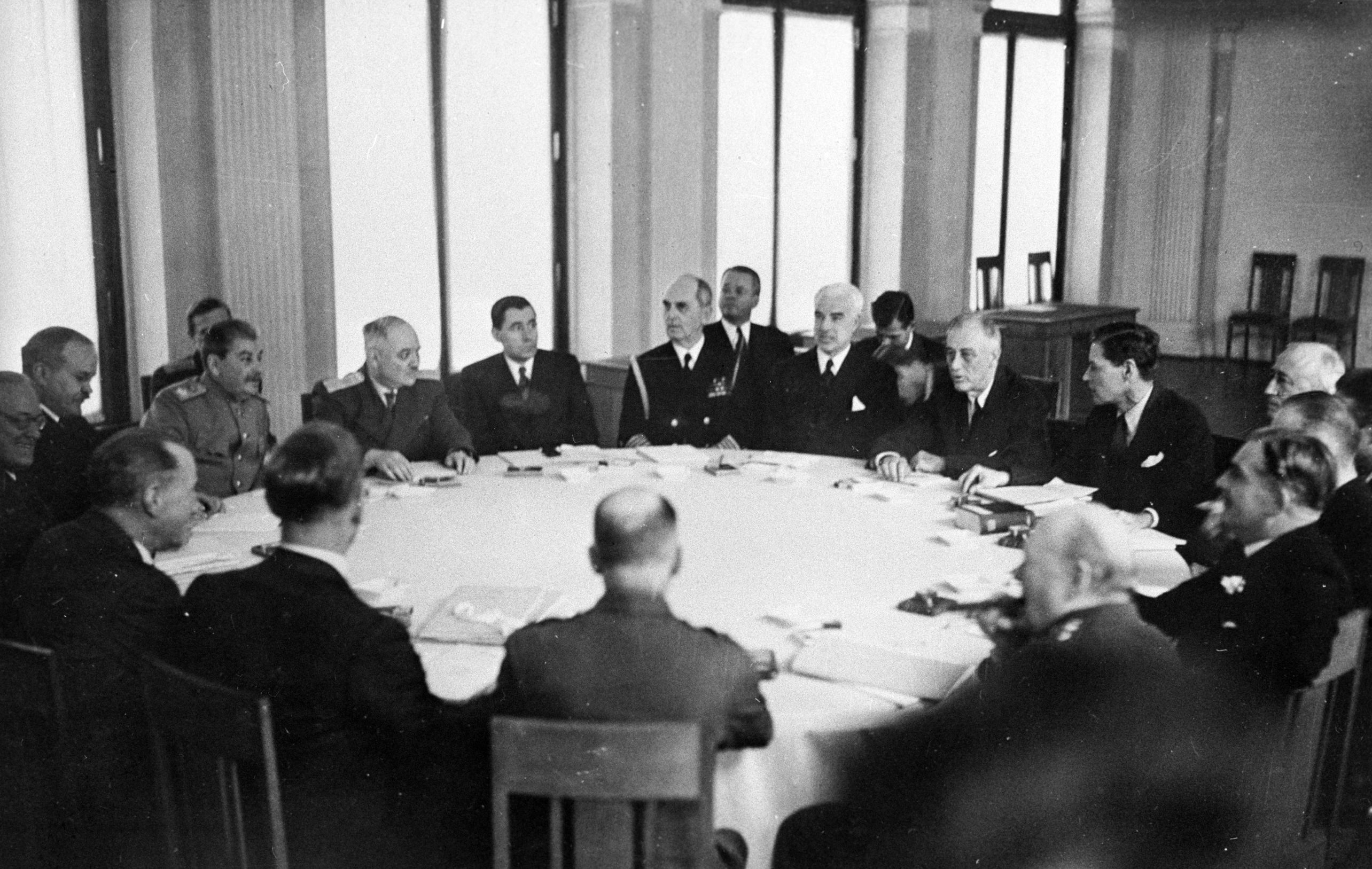 © Sputnik / A. Sverdlov
A meeting during the Yalta Conference, also known as the Crimea Conference, held from February 4 through February 11, 1945. Image reproduced from a photograph

According to the MoD’s declassified archives, security in Crimea was tightened ahead of the Yalta Conference after Soviet intelligence obtained intelligence about Nazi plans to assassinate Churchill, Roosevelt and Stalin and to launch air raids on Soviet airfields, ports and warships based near Crimea’s southern coast .

The documents, in particular, cited then-Black Sea Fleet Squadron Commander Vice Admiral Sergey Gorshkov as ordering a spate of special events in the run-up to the Yalta gathering related to the organisation of salutes and honour guards, as well as the training of translators and tour guides.

“Study the rules of behaviour with foreigners as well as the regulations on flags and salutes”, one such order reads. 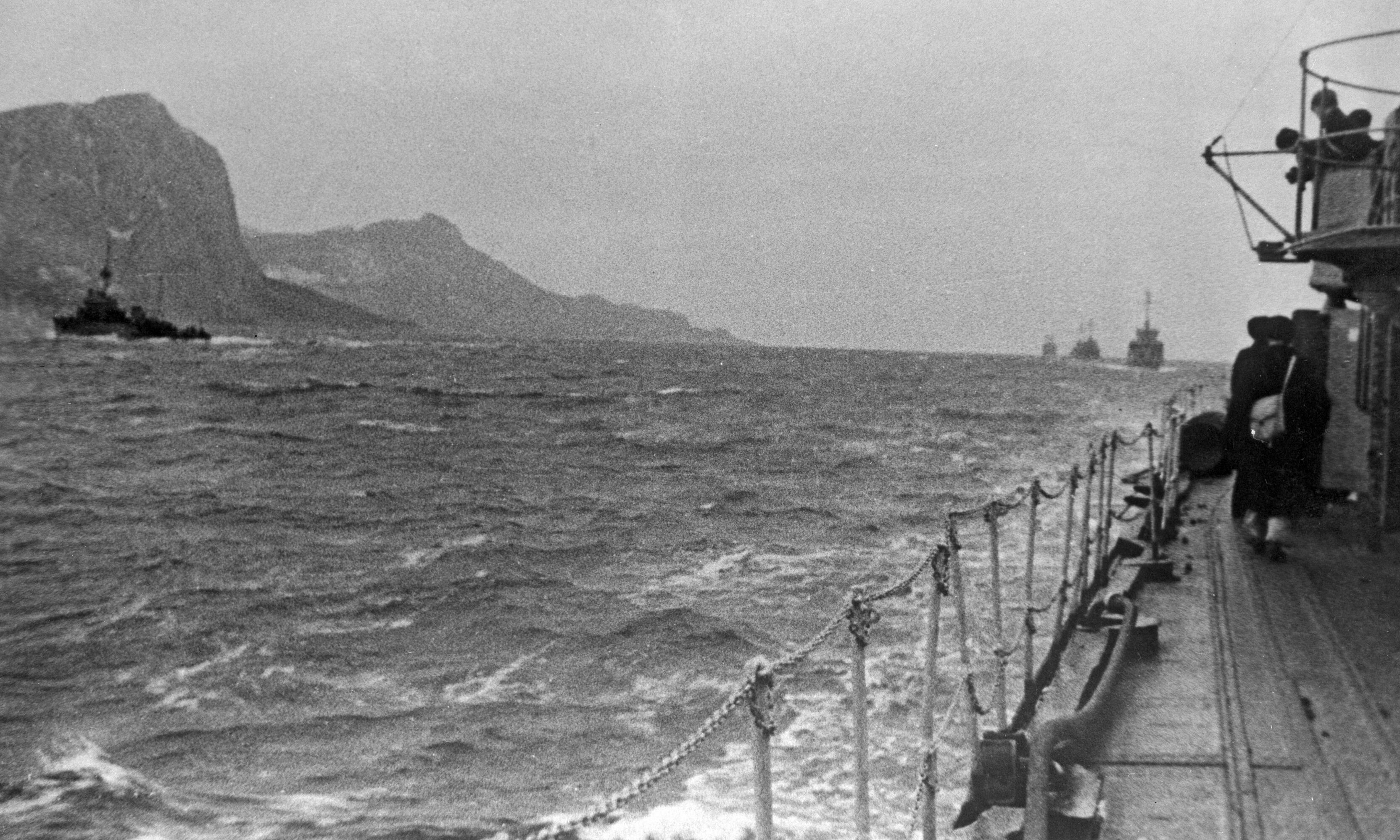 © Sputnik / Alexey Mezhuyev
Soviet Black Sea Fleet ships heading for a rendezvous with U.S. and British vessels at the Bosphorus during the Allied conference in Yalta held from February 4 through February 11, 1945

A special focus was placed on developing communication not only between units of the Soviet Red Army, but also the air force and navies of the USSR’s allies, including the UK and the US.

The documents contain a declassified report by Rear Admiral Georgy Gromov, the chief of communications of the Black Sea Fleet, on his assessment of radio exchanges between Soviet, British and American sailors.

Gromov specifically referred to US crew members’ “frivolity and talkativeness as well as their ability to use Russian phrases,” while praising British crews’ “exceptional smoothness of session key-related work and extreme brevity in applying the international code”.

Separately, the declassified archives point to an interesting fact that Roosevelt and Churchill arrived in Yalta by the US-made passenger-and-freight plane Douglas C-54 Skymaster. The US presidential plane was the first to land, according the documents. 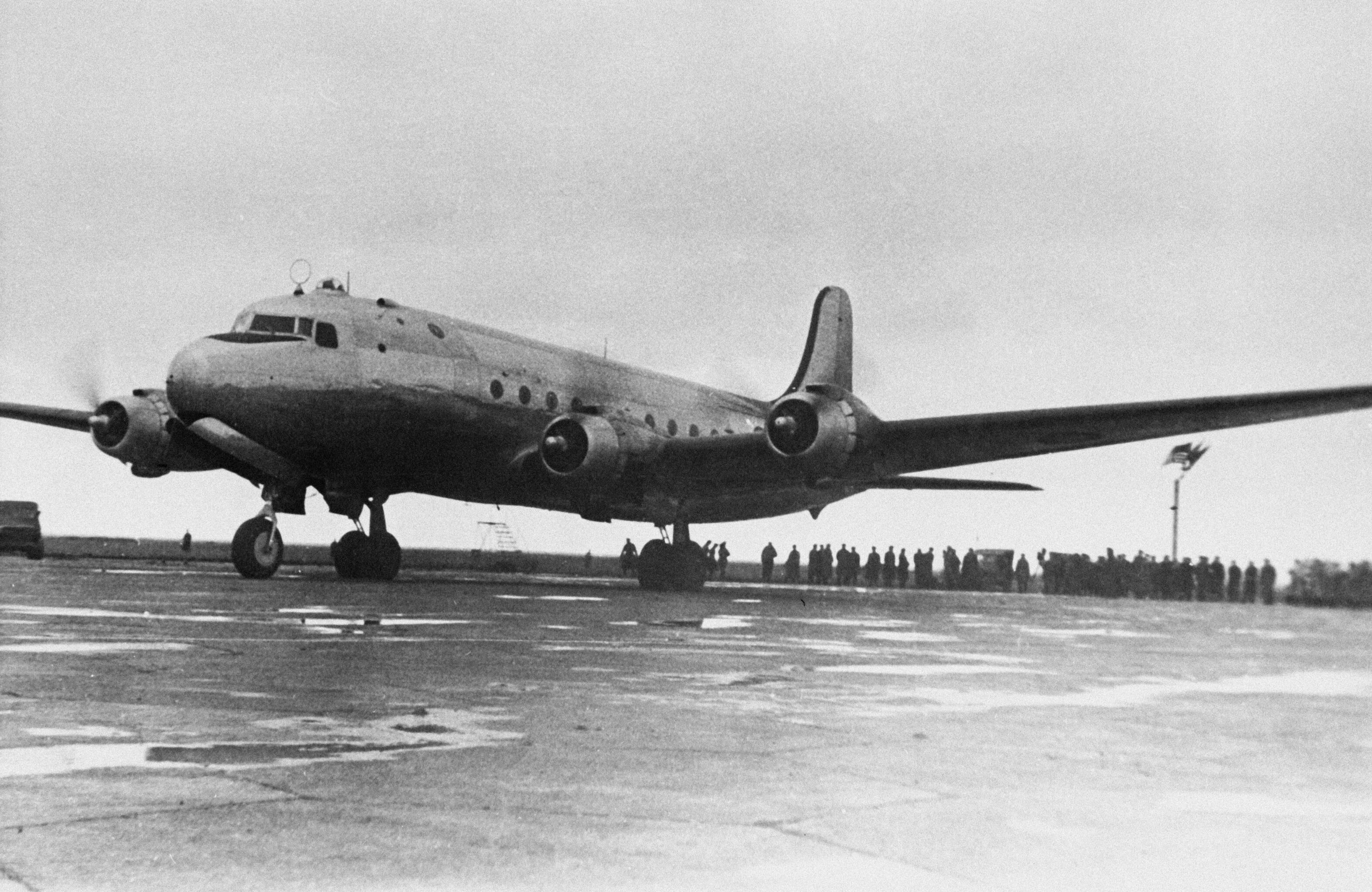 The MoD touted the publication of the declassified documents as part of its activities “aimed at protecting and safeguarding historical truth, as well as countering falsifications of history and attempts to revise the results of the Second World War”.