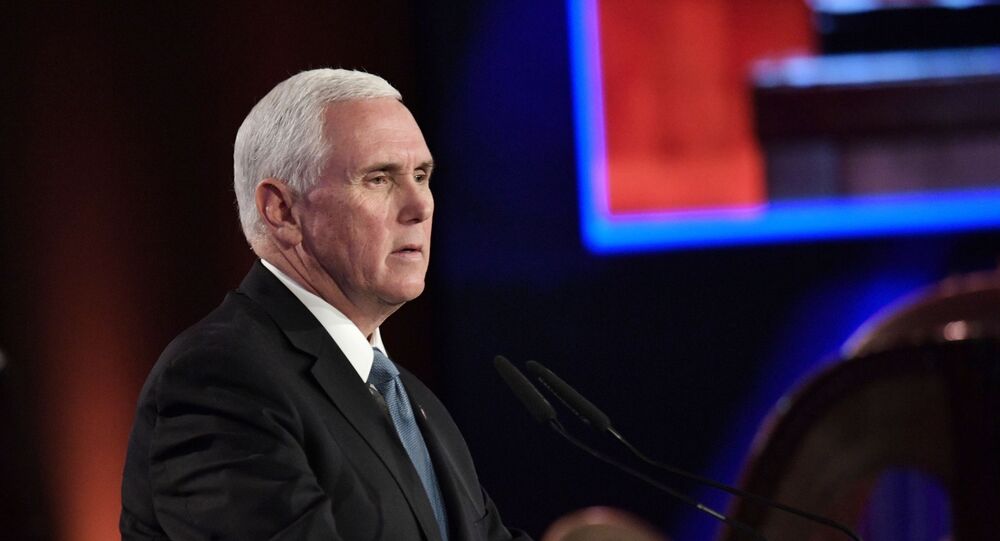 World War II for Dummies? US Vice President Hails Liberators of Auschwitz, 'Forgets' to Name Them

The tremendous contribution of the Soviet Union to defeating the Third Reich during the Second World War is often downplayed or even turned upside down by some Western countries. Last year, Poland accused the USSR, which liberated the country from the Nazis in 1945, of actually starting the war along with Germany.

The fifth World Holocaust Forum, devoted to the 75th anniversary of the liberation of the Auschwitz death camp, was marked, among other things, by a speech by US Vice President Mike Pence, who praised the "resilience of the Jewish people" and the courage of those who liberated the camp's prisoners. However, he did so in an awkward way… without referring to the liberators, who are more than well-known when it comes to the Second World War, by name.

"When soldiers opened the gates of Auschwitz on January 27, 1945, they found 7,000 half-starved, half-naked prisoners, hundreds of boxes of camp records that documented the greatest mass murder in history", the politician said.

It's unclear why exactly Pence failed to mention that those "soldiers" belonged to the Soviet Red Army, specifically the 100th Infantry Division and the 60th Army of the 1st Ukrainian Front. The American VP’s “forgetfulness” was all the more ironic in light of his own call to "fulfil an obligation of remembrance" and never forget those who died in the Holocaust.

© Sputnik / B. Fishman
Prisoners of Auschwitz are meeting their liberators from the Soviet Red Army.

He did, however, remember to hail the heroism of "all the Allied forces" for their effort in freeing Europe "from the grip of tyranny” and stressed the contribution of two million American soldiers to the common cause.

By the time US troops joined the fight against the Third Reich in Western Europe with the Normandy landings in June 1944, over 30 million mobilised Red Army soldiers were actively pushing the Nazis back towards the pre-war borders, reclaiming most of the Ukrainian SSR's territory and preparing to kick them out of the Belorussian SSR. Two months later, the Red Army joined the other Allied forces on the offensive, liberating more European countries that had been seized by the Reich on the Eastern Front.

Auschwitz, also known under the name of the nearby Polish town of Oświęcim, was liberated on 27 January 1945 by the Red Army, which was gradually pushing the Nazi forces out of Polish territory. Upon their arrival, the soldiers freed around 7,000 survivors in the camp’s three sections. Most of them were severely suffering from starvation and various diseases, including tuberculosis, and were immediately attended to by doctors in field hospitals set up nearby to help the former prisoners recover.

While forensics has been unable to determine the exact number of victims of the Nazi-organised genocide in this specific camp, it's estimated that around 1.1 million people, predominantly Jews, were killed in Auschwitz.