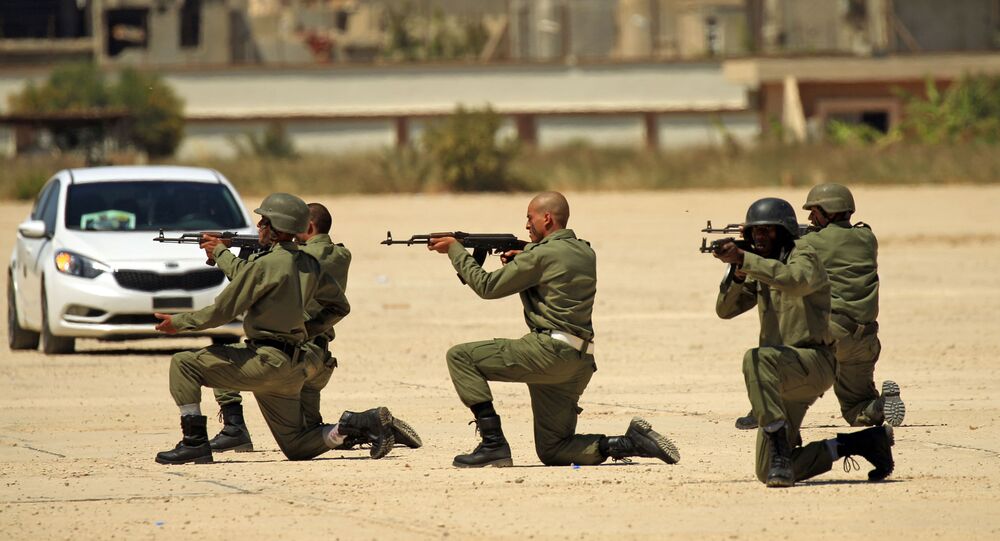 Berlin will host a UN-led conference on Libya on 19 January with the participation of Egypt, Russia, the United States, and Turkey, among other countries. The heads of the Government of National Accord (GNA) and the Libyan National Army (LNA) are expected to attend.

German Foreign Minister Heiko Maas said that Field Marshal Khalifa Haftar, the leader of the Libyan National Army (LNA), had agreed to a ceasefire in Libya.

"General Haftar has signalled his readiness to contribute to the success of the Libya Conference in Berlin and is willing to participate. He has repeated his commitment to observe the existing ceasefire", Maas said as quoted by the German Foreign Office.

The minister said earlier in the day that no party could win the conflict by using force and that discussions concerning post-war Libya should be held under the auspices of the United Nations.

Over the past week, Russia and Turkey have called on Libya's warring parties to end hostilities and mediated talks between Sarraj and Haftar in Moscow on 13 January. However, the meeting failed to result in an official ceasefire agreement.

Libya is currently in the midst of a civil war between two rival administrations — the internationally recognised GNA, based in Tripoli in the west, and the LNA-supported elected parliament in the east. Over the past several weeks, the situation has escalated amid LNA advances on Tripoli.

© AFP 2021 / ADEM ALTAN
Erdogan Announces Turkey is Sending Troops to Libya
In November, Turkey and the GNA signed an agreement on a new maritime border that runs through gas-rich zones in the Mediterranean, which Greece and Cyprus claim as theirs.

The accord triggered a backlash from the eastern Libyan administration, as well as Athens, Nicosia, Paris, Rome, and Cairo.