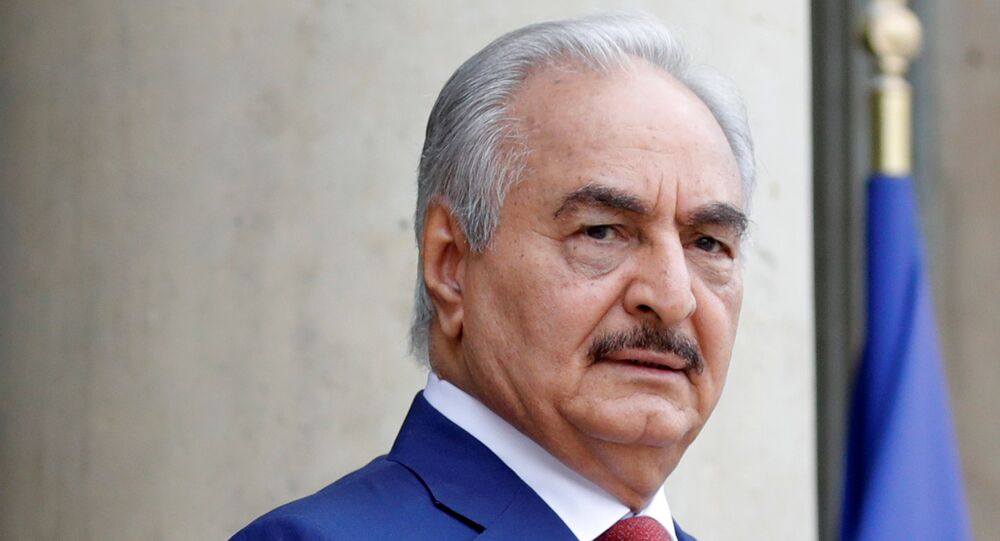 Earlier this week, the office of German chancellor Angela Merkel stated that Berlin will host Libya peace conference on Sunday and will invite members of the conflicting sides as well as representatives of 11 nations, who are trying to resolve the crisis.

"With God’s help ... This means we must attend [it]. He will, but we have not yet officially announced it," Al-Mahjoubsaid, when asked if he could confirm Haftar’s presence at the conference.

On Monday, Haftar met with Libya's UN-recognised Prime Minister Fayez Sarraj in Moscow for talks mediated by Russia and Turkey.

© AP Photo / Esam Omran Al-Fetori
Moscow Says Berlin Conference Will Urge All States to Fulfil Arms Embargo on Libya
Next day, however, it was announced that the general had left Moscow without signing a ceasefire deal. According to the Russian Defence Ministry, Haftar was positive about signing the final statement with the Government of National Accord (GNA) but needed two days for domestic discussions.

Following the failed talks, Germany said that it would host Libya peace conference in Berlin on Sunday. Besides the heads of the conflicting sides, Germany has invited representatives of Russia, the US, the UK, France, China, Turkey and the UAE.