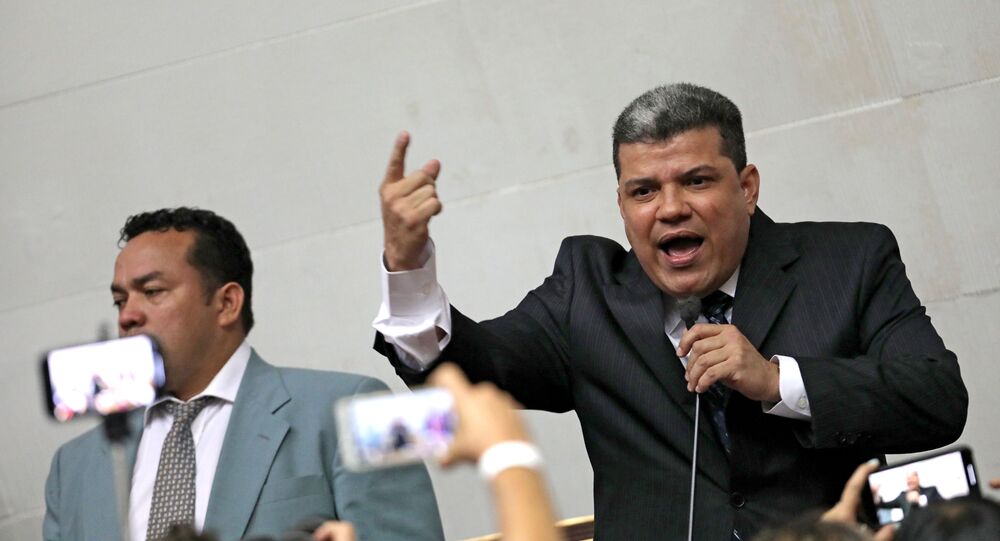 Earlier this month, the US Special Representative for Venezuela Elliott Abrams said that Washington was looking at applying additional sanctions on Venezuela to "bring more pressure on the regime."

The recently elected speaker of Venezuela's National Assembly Luis Parra is among seven Venezuelans targeted by a new round of US sanctions, the Treasury Department said.

On 6 January, the US Special Representative for Venezuela Elliott Abrams announced that Washington was considering to apply additional sanctions - personal and economic - against Venezuela "to bring more pressure on the regime."

This came following the election of the Speaker of the National Assembly, the post which was claimed by Juan Guaido, who declared himself the country's interim president last January and was backed by the US and some Latin American countries, and Luis Parra, a lawmaker from the Primero Justicia party.

Guaido, who accused police of preventing him from entering the National Assembly building in Caracas to take part in the vote, called Parra's election illegitimate, saying that the session was not attended by the required minimum of lawmakers.

Luis Parra was backed by President Nicolas Maduro, who said that Guaido was "kicked out of the National Assembly by the votes of his own opposition".