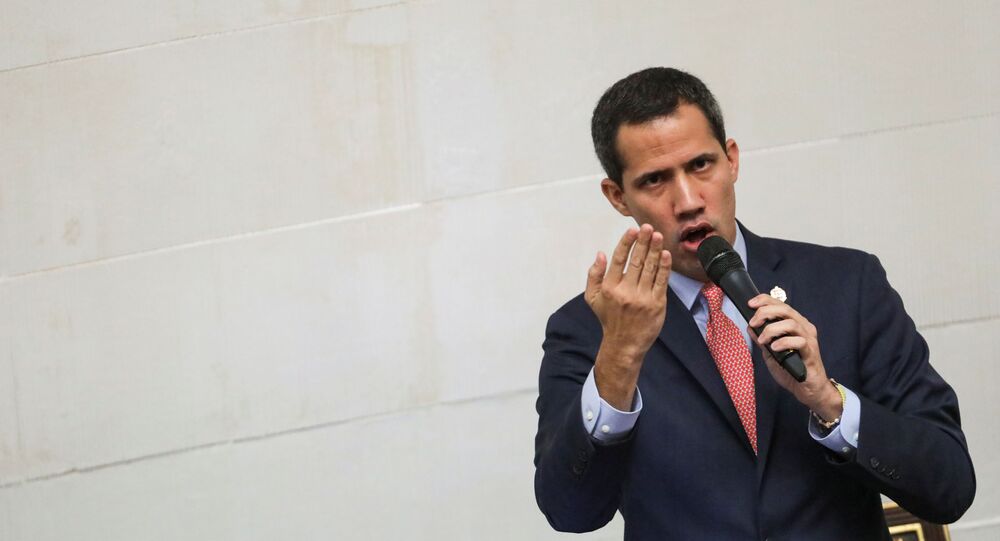 Earlier, the opposition leader announced his bid for reelection as speaker of the semi-defunct National Assembly legislature, as the Venezuelan political crisis he helped initiate approaches its one year anniversary.

Venezuelan opposition leader and self-proclaimed 'president' Juan Guaido has been removed from his post as chief of the National Assembly, multiple Venezuelan media outlets have reported.

According to reports, Guaido was succeeded by lawmaker Luis Parra with support from the pro-Maduro Bloc of the Motherland and multiple opposition MPs, with Franklin Duarte and Jose Gregorio Noriega elected as first and second vice presidents of the assembly.

Guaido accused police of blocking him from entering the National Assembly building in downtown Caracas, and other opposition deputies reportedly left the legislature or were prevented from entering ahead of the vote. Guiado and his opposition allies called Parra's election illegitimate, saying the session was not attended by the minimum required number of lawmakers.

Guaido engaged in a heated debate with security officers outside the legislature, saying their move to prevent him from entering was "unprecedented!" and constituted a "parliamentary coup."

The self-proclaimed 'interim president' was criticized by some of his fellow opposition lawmakers ahead of Sunday's vote. Jose Brito, one of the lawmakers who abandoned the opposition leader, said of Guaido: "In 2019, you represented the hopes of the nation, but today you're its biggest deception. You're a dream converted into a nightmare whose time has run out."

Guaido, 36, proclaimed himself 'interim president' last January, shortly after President Nicolas Maduro was sworn in for a second term in office. He received the immediate recognition of the United States and its Latin American and European allies. President Maduro decried Guaido's proclamation, calling it an attempted foreign-backed coup and a plot to take control of Venezuela's vast oil and mineral resources. The US and its allies backed up their political support for Guaido by freezing Venezuelan assets abroad, and transfering control of some of these assets to Guaido's 'interim government'. Last March, Caracus estimated that over $30 billion in Venezuelan assets abroad had been stolen by the opposition in the space of a few months.

In addition to providing financial assistance to Guaido and his opposition allies, the United States has repeatedly threatened to intervene in the country militarily, prompting Venezuelan officials to warn that US troops would have difficulty "getting out of Venezuela" alive in the event of war. US President Donald Trump fired prominent Guaido supporter John Bolton as his National Security Advisor in September, but the US formally maintains that the opposition lawmaker is the country's sole legitimate leader.

A number of countries including Russia, China, Cuba, Syria, Turkey and others have rejected Guaido's claims to the presidency, and continued to cooperate with the democratically elected government of Nicolas Maduro.