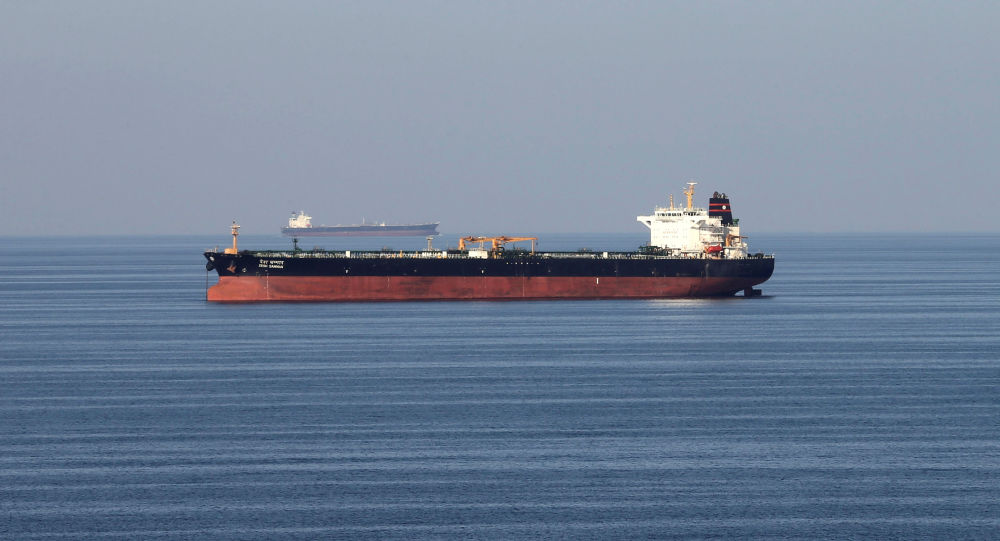 Several major economic powers earlier embarked on preventive measures in the event Iran closes the Strait of Hormuz - a critical seaborne oil export choke point between the Arabian Peninsula and Iran – amidst escalating tension between Washington and Tehran in the wake of the US assassination of Iranian General Qasem Soleimani.

Amidst currently spiraling US-Iran tensions analysts have rushed to warn that the biggest “black swan” event in the oil market is a disruption to the Strait of Hormuz - a critical chokepoint in the Middle East.

“The market is extremely exposed to any disruption to vessel traffic in the Strait of Hormuz,” Dave Ernsberger, an analyst from S&P Global Platts told CNBC’s “Capital Connection” on Thursday, 9 January.

The Strait of Hormuz is a crucial channel that oil producers use to transport crude from the Middle East to markets around the world.
A waterway 21 miles wide at its narrowest point, in 2018 around 21 million barrels were transported via the strait daily, according to the US Energy Information Administration.

“If we were to see the temperature change and somebody start to disrupt this traffic, that would be the kind of event that would send the markets into the kind of panic we haven’t seen for 10 or 15 years,” the global head of commodities pricing at S&P Global Platts was quoted as saying.

Earlier this week, analysts told CNBC that oil prices might soar to over $100 in the event that Tehran moved to block the strait.

“Without a doubt, there is one thing that is on everybody’s mind…It came into the picture this week, it’s going to be on the mind of the market for the rest of the year in terms of a black swan event,” said Dave Ernsberger.

World Oil Transit Chokepoints (Russia and China are building new routes across the top of the world to each other, but for now...)https://t.co/FrltqlqeA8 pic.twitter.com/GiOjH7nR8m

​When touching upon Iran’s retaliatory actions that followed the assassination of General Soleimani, Ernsberger said:

“Iran did not go after shipping… But this is the thing that everybody has their eye on in the coming months.”

The market expert continued that it may have been a “close escape” that the Strait of Hormuz was not targeted.

“Everybody knows though, that’s the vulnerable chokepoint, the vulnerable spot that, in this kind of political environment, could really be in play,” he said.

Amid the volatile developments, several major economic powers that are dependent on uninhibited passage in the Strait of Hormuz embarked on preventive measures in the event Iran closes the strait.

Thus, British Defence Minister Ben Wallace said he had ordered the warships HMS Montrose and HMS Defender to prepare for escort duties for all ships sailing under a British merchant flag in the Strait of Hormuz.

The Gulf region has previously been treated as a potential conflict zone, as last year, a spate of attacks on tankers in Gulf waters, and a drone attack against oil facilities in Saudi Arabia, worsened the situation, with the Trump administration and its allies placing the blame on Iran.

Tehran has refuted all accusations.

Tensions between Washington and Tehran flared last week after Iranian General Qasem Soleimani, the commander of the Islamic Revolutionary Guard Corps’ elite Quds Force, was killed by a US drone attack near Baghdad International Airport on Friday, 3 December.

​US President Donald Trump justified the strike as preemptive action against Soleimani to “stop a war,” claiming the general had been plotting imminent and sinister attacks on American diplomats and military personnel.

An adviser to Iranian President Hassan Rouhani said the United States had crossed a “red line” with the attack, while Iran's supreme leader Ali Khamenei warned that a “harsh retaliation is waiting” for the United States.

In a dramatic development of the crisis sparked by the killing of Soleimani, on 8 January Iran responded by firing more than a dozen ballistic missiles at two bases used by US and coalition forces in Iraq.

There were no injuries in the attack, but some of its facilities were damaged.

“Iran took & concluded proportionate measures in self-defence under Article 51 of UN Charter targeting base from which cowardly armed attack against our citizens & senior officials were launched. We do not seek escalation or war, but will defend ourselves against any aggression.”

​The volatile situation that witnessed a bout of retaliatory verbal threats on both sides appeared to ease somewhat following President Donald Trump’s announcement that more sanctions, instead of a military reprisal, would be imposed on Iran.

The White House announced on 10 January it was imposing additional economic sanctions against Iran, including officials in the Iranian government.

The penalties "will cut off billions of dollars of support to the Iranian regime," said Treasury Secretary Steven Mnuchin.